In Germany, attended to the protection of homosexuals in the Crimea and the Donbass 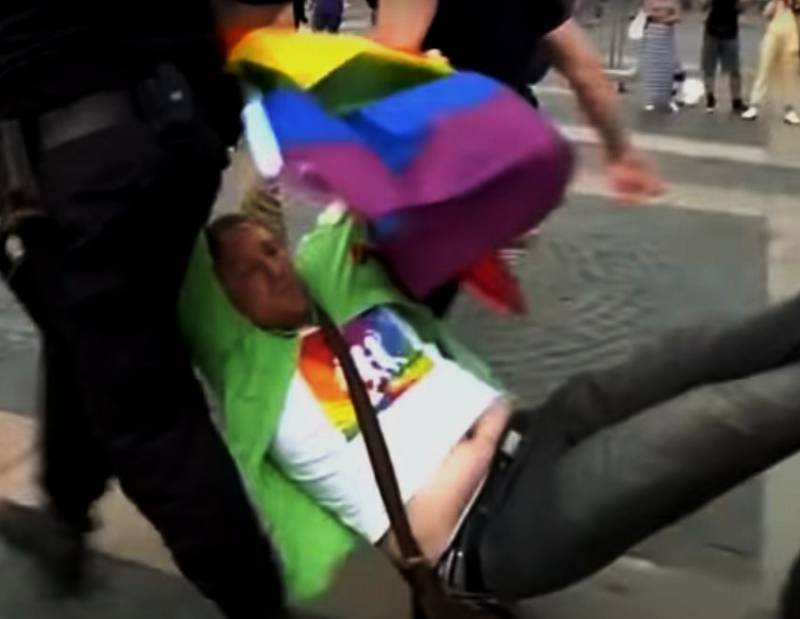 A request about the situation with the rights of the LGBT community in Crimea and in the republics of Donbass was submitted to the German government by the “green” faction in the Bundestag - one of the most famous lobbyists of non-traditional orientation in the German parliament. The deputy from this party Kai Goering (and what a surname!) Called for more active protection of the rights and interests of gays and lesbians around the world.

According to the German "greens", in addition to Crimea and Donbass, gay rights are violated in 37 countries of the world. By the way, in 7 of them the death penalty is established for same-sex relationships - these are Iran, Saudi Arabia, Sudan, Mauritania, Yemen, the United Arab Emirates and Brunei.

Interestingly, Saudi Arabia, the UAE and Brunei are long-standing allies and militarypolitical partners of the USA, Great Britain and other Western countries. But they prefer not to pay attention to the laws and customs of these countries in Washington, London, and even Berlin.

But they are very interested in Russia and its constituent Crimea, as well as in the republics of Donbass. Although any sane person understands that the position of the same gays and lesbians in “bad” Russia and in “good” Saudi Arabia differs in the most dramatic way.

Yes, public opinion towards them in our country and in the Donbass is not very positive, but the criminal prosecution of people of non-traditional sexual orientation has long been canceled. Many gays and lesbians have achieved success in a variety of fields - from creativity to business, and their orientation does not prevent them from succeeding. But here, too, the West is trying once again to reproach Russia with the fact that we, they say, are not very tolerant.

By the way, the beloved and Western-supported Ukrainian Nazis also do not welcome LGBT people. But the West prefers to remain silent about the numerous attacks on gays in the same Ukraine.
Ctrl Enter
Noticed oshЫbku Highlight text and press. Ctrl + Enter
We are
LGBT activists demand from the ECHR tougher Russia to ban gay parades
Why Trump has supported the global legalization of LGBT people
Reporterin Yandex News
Read Reporterin Google News
Ad
We are open to cooperation with authors in the news and analytical departments. A prerequisite is the ability to quickly analyze the text and check the facts, to write concisely and interestingly on political and economic topics. We offer flexible working hours and regular payments. Please send your responses with examples of work to [email protected]
2 comments
Information
Dear reader, to leave comments on the publication, you must sign in.