April 14 2019
4
The United States loves to evaluate the chances of winning a war with a particular state. This time, an American analytical publication on militarypolitical The National Interest decided to find out the chances of China to win the war against the United States in the event of a third world war. The results of the “study” were published on April 11, 2019. 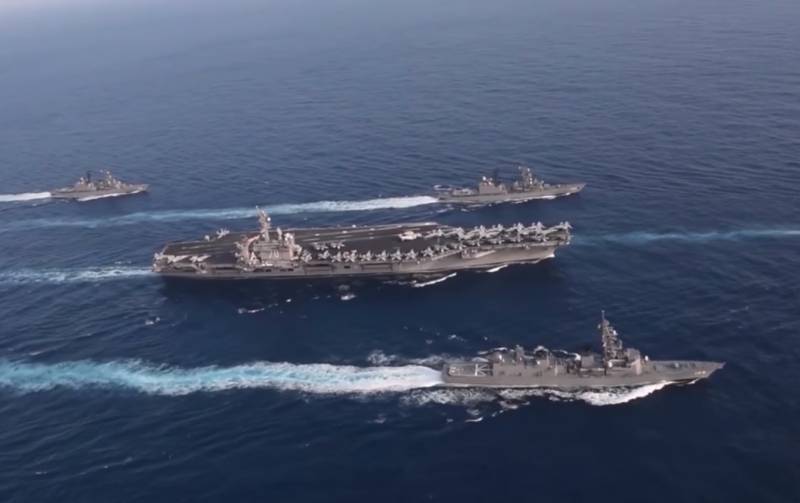 It should be noted right away that such “research” is an exclusively subjective affair. Especially when the question of the victory of a country is raised, when it is immediately indicated that everything happens during a world-wide war, i.e. there are more than two participants. We will leave this to the conscience of the analysts of the publication, but they also need to “feed” the audience with something, not forgetting about their salary and market conditions.

So, the publication begins by talking about how Beijing, at the moment, is actively “stamping” a variety of high-tech weapons. For example, it produces warships, including aircraft carriers, launch vehicles, various nuclear and diesel submarines, and other products useful for the country's defense. That is, experts of the publication note the qualitative re-equipment of China and its real scientific and technological jerk.

At the same time, the publication raises the question of how effectively the Chinese authorities will be able to use all this, manage troops and control them during the third world war. It reminds fortune-telling on coffee grounds.

Beijing, of course, is developing world-class weapons, but will its soldiers be able to competently manage this equipment? How well trained are they? You may have the best military in the world, but if you don’t know how to use them ... well, you understand
- they believe in a publication in which they do not even ask that since China had thought of all of the above, it will somehow deal with other issues.

After that, analysts of the publication categorically and unprovenly question the effectiveness of the People's Liberation Army of China (PLA). They just really wanted to. They came up with the idea that the PLA, during the simultaneous offensive of several combat arms, could not cope with the assigned combat missions. Indeed, according to analysts of the publication, coordination and coordination of joint actions of the Navy, Air Force, ground forces, cyber troops and others, require the highest level of skill, and the Chinese have problems with this. Only “exceptional” Americans are all right with this.

The authors did not forget to clarify that China is most often the catching-up side in the field of military development. And it is true. China really has frankly copied a lot of things. But, we must pay tribute, all this is made in China from local components.

After this, the publication concludes that China will be able to move to independent development only in the next 10-20 years, completely forgetting that they themselves wrote about the technological breakthrough a little higher. Has China’s existing nuclear warheads become less dangerous? The publication does not give an answer to this question.

It must be recalled that about the outbreak of war between the US and Russia in Europe, these analysts have already written. It cannot even occur to them that someone or something is able to cross or fly over the ocean. In short, we have before us a model of “exceptional analytics” for domestic consumption, which has nothing to do with reality.
Ctrl Enter
Noticed oshЫbku Highlight text and press. Ctrl + Enter
We are
In the US, the Russian fleet was considered "green"
Why did the US export more oil than they bought
Reporterin Yandex News
Read Reporterin Google News
4 comments
Information
Dear reader, to leave comments on the publication, you must sign in.