Acer introduced a gaming laptop with a retractable keyboard

April 13 2019
0
Acer introduced another novelty in the "gaming" line of laptops Predator. This time, the flagship gaming laptop Helios 700 was able to boast not only a powerful filling, but also an “unusual” cooling system. 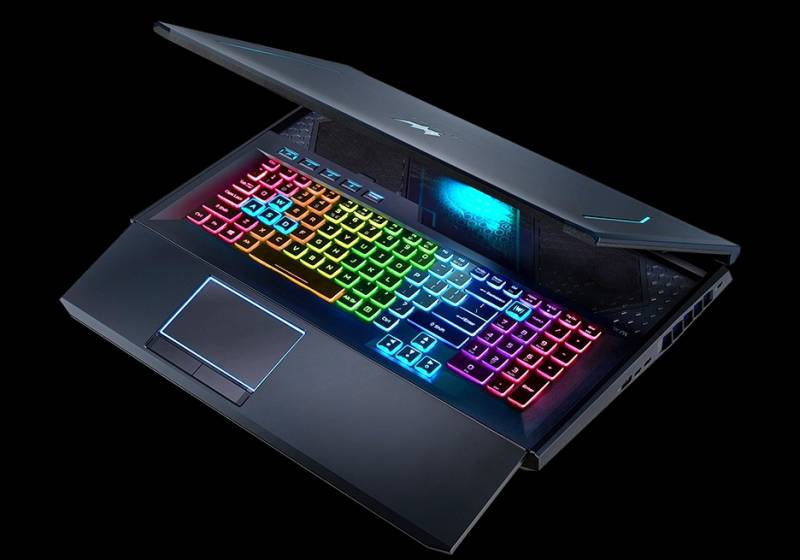 The main feature of the device, which distinguishes it from its predecessors, was the "slider" keyboard of Hyper Drift with a hinged bottom panel. Such a form factor unusual for previous models allowed to increase air flow into the device case.

In addition, the cooling system of the gaming flagship from Acer, which can be partially contemplated through a glass panel in the case, received: five copper tubes, two coolers, as well as an evaporation chamber to lower the temperature of the processor and video card.

As for hardware, Helios 700 will please its owners with the presence of: a powerful Intel Core i9 CPU, RTX 2070/80 graphics adapter that supports technology ray tracing, as well as 4GB DDR64 RAM. The 17-inch display received Full HD resolution with a screen refresh rate of 144 Hz. This allows you to make the picture in games smoother. The response time is only 3 ms.


It is known that in Russia the “game monster” will be available for purchase as early as July of this year. At the same time, the price of Helios 700 will be almost 200 thousand rubles.
Ctrl Enter
Noticed oshЫbku Highlight text and press. Ctrl + Enter
We are
ASUS presented a powerful gaming ROG Mothership with an unusual design
Gamer Joy: Predator Gaming Laptop Gets a Rotating Screen
Reporterin Yandex News
Read Reporterin Google News
Ad
We are open to cooperation with authors in the news and analytical departments. A prerequisite is the ability to quickly analyze the text and check the facts, to write concisely and interestingly on political and economic topics. We offer flexible working hours and regular payments. Please send your responses with examples of work to [email protected]
Information
Dear reader, to leave comments on the publication, you must sign in.