March 31 2018
0
Roscosmos Corporation announced successful tests of the parachute system for use in the ExoMars 2020 mission, jointly with the European Space Agency (ESA), whose mission is to study the climate and atmosphere of Mars, as well as its surface. The parachute will be used to land the Russian scientific platform and the European rover on the surface of the red planet. 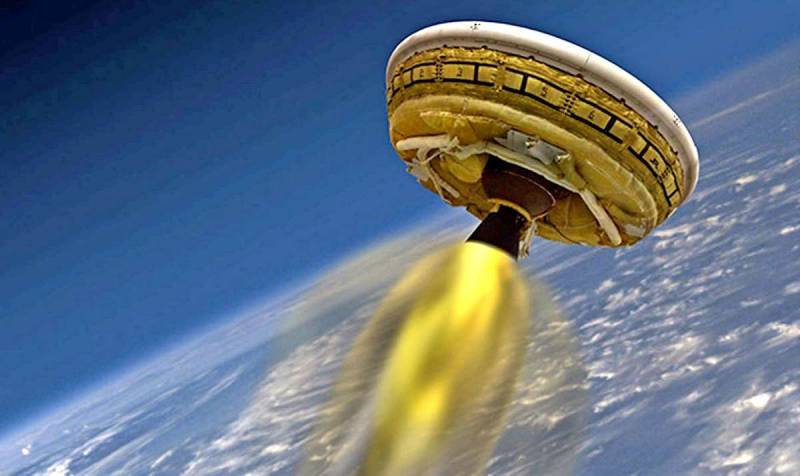 As a test model, a 500-pound simulator of a landing platform with a GoPro camera installed on it was used. The module was lifted into the air and dropped from a height of 1,2 km. After 12 seconds, the extraction parachute was successfully opened, and then the main parachute opened, which received special attention during these tests.

The total mass of the parachute system is 195 kg, of which 70 kilograms is occupied by the main 35 meter parachute. The total length of its slings reaches 5 kilometers, and laying took specialists three whole days. The start of the mission is scheduled for 2020, and the device should arrive at its destination a year later. Practicing landing activities in these conditions is extremely important, therefore, in order to avoid emergency situations, it was decided to start testing the landing system in advance.

Upon arrival on Mars, the descent module will disconnect from the spacecraft and the atmospheric braking system will start, then the parachute system will open, the heat shield will be opened, the casing with the parachute will be separated, after which the soft landing engines will complete the work.
Ctrl Enter
Noticed oshЫbku Highlight text and press. Ctrl + Enter
We are
It's important8
Russian nuclear engine will not leave a chance for Ilona Mask
Mars tested for suitability for colonization
Reporterin Yandex News
Read Reporterin Google News
Information
Dear reader, to leave comments on the publication, you must to register.
I have an account? Sign in