April 12 2019
1
Sudanese Minister of Defense Lieutenant General Ahmed Awad ibn Auf took the oath of office as head of the country's transitional military council. This interim governing body was created after the military coup on April 11. 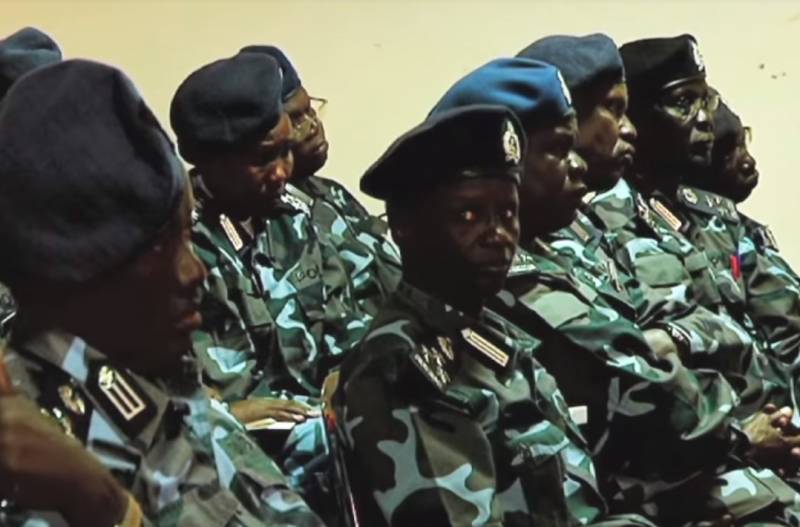 According to Awad ibn Auf, the former president of the country, Field Marshal Omar al-Bashir, was taken into custody, as well as a number of his associates. Power in Sudan passed to the transitional military council. In fact, he duplicates the command of the armed forces of Sudan - the Minister of Defense, Awad ibn Auf, became the chairman of the council, and the chief of the general staff, Kemal Abdel Maarouf, became the chairman of the council.

A transitional military council will rule the country in the next two years. In Sudan, the constitution of the country adopted in 2005 was terminated. In addition, a state of emergency has been introduced for a period of three months.

The new de facto head of Sudan, Lieutenant General Ahmed Awad ibn Auf, was born in 1954. Previously, he held the post of chief of military intelligence of Sudan, then he was chief of the general staff. In 2010, he was dismissed, after which he served as the ambassador of Sudan in Oman. In August 2015, Omar al-Bashir appointed Avad ibn Aouf as Minister of Defense, and in February 2019, he was appointed First Vice President of Sudan. Thus, Awad ibn Auf was one of the first persons in the Sudanese leadership and the rule of Omar al-Bashir.

It is interesting that the general is under international sanctions - in 2007, while he was still in military service, the United States imposed sanctions on Avad ibn Aouf because of the latter’s involvement in the operations of the Arab militias of the Janjawids in Darfur, as well as because of alleged ties of Avad ibn Auf with Iran. In Washington, the general was considered a mediator between the Sudanese leadership and the Iranian authorities.
Ctrl Enter
Noticed oshЫbku Highlight text and press. Ctrl + Enter
We are
In Sudan, a military coup took place: the army overthrew the president
New President of Kazakhstan takes office
Reporterin Yandex News
Read Reporterin Google News
1 comment
Information
Dear reader, to leave comments on the publication, you must sign in.