Transneft responded to Lukashenko's threats to close the pipeline for repairs

April 12 2019
7
The Russian company Transneft, which is engaged in oil transportation, has responded to statements by representatives of Belarus about the need to close the Druzhba oil pipeline to repair it and bring it in line with environmental requirements. 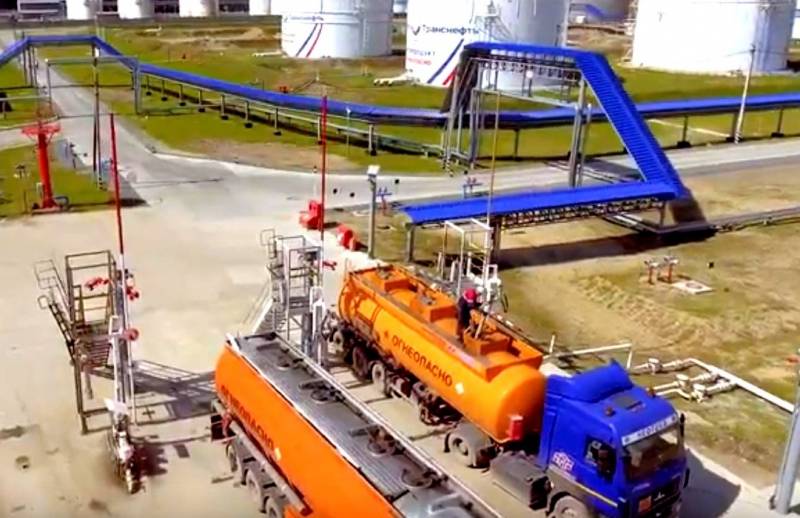 We have already Reported that President of Belarus Alexander Lukashenko announced that he would close oil pipelines and oil product pipelines for repairs, supposedly to improve the environment. Then his words were repeated by Belarusian Deputy Prime Minister Igor Petrishenko, who emphasized that Minsk would close the Druzhba oil pipeline in order to renew it.

The company Transneft, which is the Russian natural transport monopoly and controls the pipelines leading from the country to other countries, was informed that the Druzhba pipeline is in satisfactory condition.

If the Belarusian side was really going to repair the highway, then Transneft is ready to help her with this, the company said. But at the same time, Transneft emphasized that repair work on the Druzhba pipeline can be completed without an emergency stop of oil supplies.

Recall that the Druzhba pipeline stretches from Russia to Europe. According to it, “black gold” is supplied to European countries, and the scale of oil pumping only in 2018 amounted to 60,4 million tons of oil, of which 58,8 million tons were exported from Russia.

Thus, we see that the statements of the Belarusian side are nothing more than another attempt to put pressure on Russia in order to achieve certain concessions. It is noteworthy that they followed after the ban on the import of certain products from Belarus, about which we too wrote.
Ctrl Enter
Noticed oshЫbku Highlight text and press. Ctrl + Enter
We are
Lukashenko haunts money for transit of Russian oil
Belarus wants to increase the transit fee for Russian oil by 23%
Reporterin Yandex News
Read Reporterin Google News
Ad
We are open to cooperation with authors in the news and analytical departments. A prerequisite is the ability to quickly analyze the text and check the facts, to write concisely and interestingly on political and economic topics. We offer flexible working hours and regular payments. Please send your responses with examples of work to [email protected]
7 comments
Information
Dear reader, to leave comments on the publication, you must sign in.