Pompeo threatens Egypt with consequences for the purchase of Russian fighters

April 10 2019
1
Egypt's intention to acquire the Russian military machinery, including Su-35 fighters, causes sharp rejection in Washington. Despite the fact that the day before, US President Donald Trump very kindly received his Egyptian counterpart Abdel-Fattah Al-Sisi, threats of sanctions are beginning to sound against Cairo. 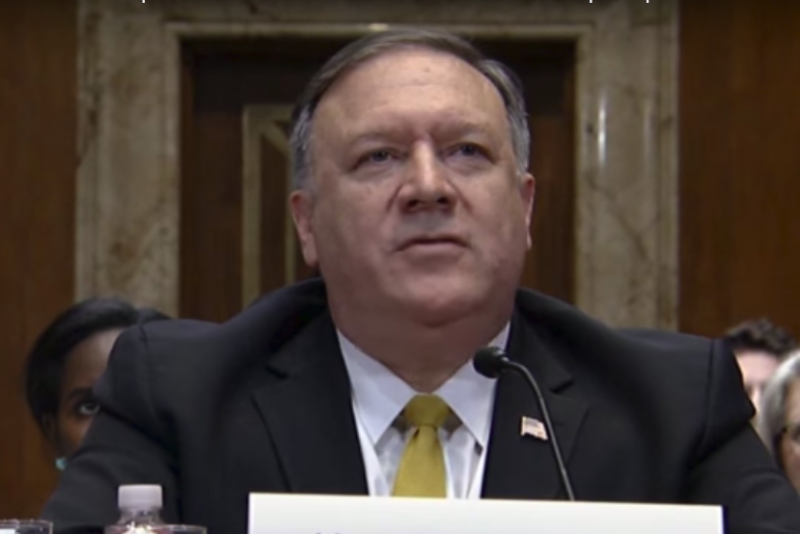 Thus, the US Secretary of State Mike Pompeo during his speech in the Senate indicated his intention to introduce restrictive measures against Egypt. The meeting was devoted to a discussion of budget issues. Cairo runs the risk of facing the wrath of Washington if it does not change its intention to purchase a Su-35. Moreover, the head of the US Foreign Ministry even called the Egyptian leadership the regime. Typically, such rhetoric is applied to the so-called rogue countries.

We made it clear that if these systems are acquired, sanctions will be applied to the regime in accordance with the Law on Countering America's Adversaries through Sanctions
- emphasized Pompeo, adding that he hopes for Egypt to abandon such a move.

This is not the first such threat, since earlier about the same говорил US Administration Representative. His words related not only to Egypt, but also to other countries that intend to conclude arms deals with Russia.

In addition, a similar problem is observed in Washington and with Turkey, which does not intend to refuse to purchase S-400 from Russia, despite pressure from NATO allies.
Ctrl Enter
Noticed oshЫbku Highlight text and press. Ctrl + Enter
We are
US threatens Egypt with sanctions for the purchase of Su-35 fighters
Putin drove Al-Sisi in a new Russian car
Reporterin Yandex News
Read Reporterin Google News
Ad
We are open to cooperation with authors in the news and analytical departments. A prerequisite is the ability to quickly analyze the text and check the facts, to write concisely and interestingly on political and economic topics. We offer flexible working hours and regular payments. Please send your responses with examples of work to [email protected]
1 comment
Information
Dear reader, to leave comments on the publication, you must sign in.