Gold and currency reserves in Russia peaked in 5 years 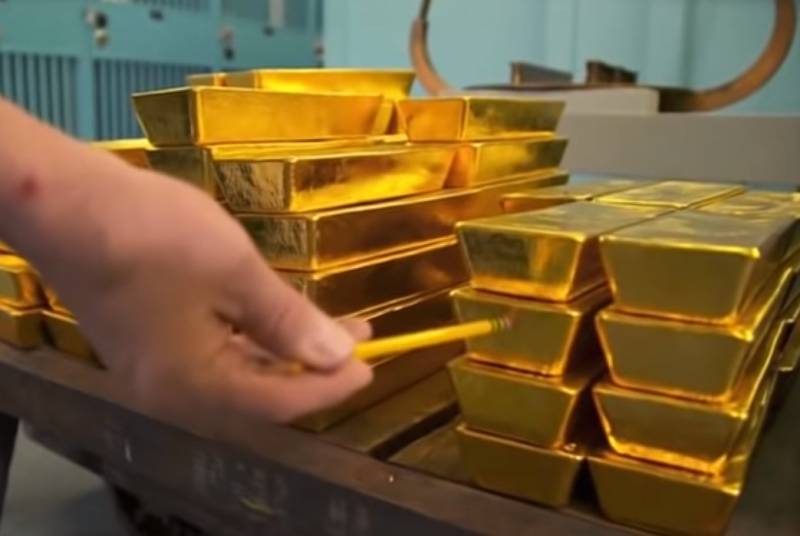 In the end, the 2014 policy Bank of Russia has changed. When the regulator did not enter the market with currency, the ruble exchange rate amounted to 80 rubles per dollar and 100 rubles per euro. After that, the rate was raised to 17%, but the need to sell dollars and euros on the market disappeared.

In 2018, the Bank of Russia was engaged in increasing monetary gold, increasing its reserves to 67,9 million ounces (more than 2 thousand tons). For example, only in December 2018, 9,3 tons of gold were purchased.

The leadership of the Central Bank has repeatedly emphasized the importance of diversifying the gold and foreign exchange reserves of Russia. Now they are represented by gold, dollars, euros and some other currencies.

At the same time, in 2018, the Bank of Russia began a massive sale of US bonds. As a result, investments in the US public debt decreased from $ 176 billion in 2010 to $ 14 billion in 2018.
Ctrl Enter
Noticed oshЫbku Highlight text and press. Ctrl + Enter
We are
Why Poland is doomed to Russian coal
Russia exchanges dollars for gold
Reporterin Yandex News
Read Reporterin Google News
Ad
We are open to cooperation with authors in the news and analytical departments. A prerequisite is the ability to quickly analyze the text and check the facts, to write concisely and interestingly on political and economic topics. We offer flexible working hours and regular payments. Please send your responses with examples of work to [email protected]
2 comments
Information
Dear reader, to leave comments on the publication, you must sign in.