Turkey: Russian S-400s will defend NATO and the European Union

April 7 2019
0
Washington has repeatedly warned Ankara that the purchase of Russian anti-aircraft missile systems (SAM) S-400 will lead to dire consequences. Therefore, the Turks need to buy air defense from the United States and forget about Russia. In turn, Turkey’s European partners in NATO defend the interests of their military-industrial complex as actively as the Americans. 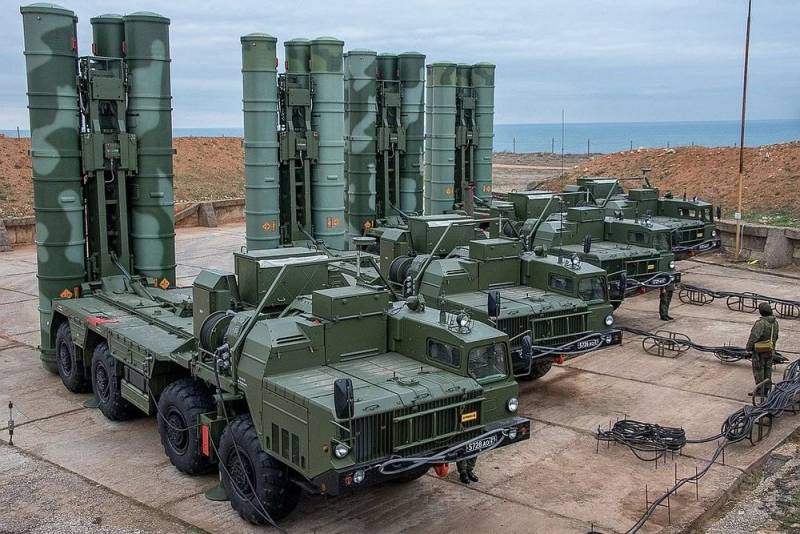 However, Turkey remains adamant. Each time, ignoring threats and persuasion, she reports that the agreement with Russia will be fully implemented. After which he asks his NATO partners not to worry about security and is doing his best in every way. The Turks keep their word and if they said that they would buy the S-400 from the Russians, then they would buy it. And the Turkish military during this time have already comprehensively assessed the real capabilities of the air defense of NATO and Russia.

By the way, the first batch of S-400 should appear in Turkey very soon - in the summer of 2019. Therefore, Ankara is doing its best to calm the nervous Europeans and Americans, preparing them for the inevitable. By the way, Greece has an S-300, but there is no collective hysteria of the West.

For example, the official representative of the ruling Justice and Development Party in Turkey, Omer Celik, said that Ankara, when buying the Russian S-400, is not only worried about its own security. It is also worried about NATO and the European Union, i.e. protects them from a possible blow from this direction.

Although they were primarily ordered to protect the country from attacks from Syrian territory, the S-400 will also serve to protect the borders of Europe and NATO countries
- quotes Sputnik statement text.

In fact, the Turks hurt the Americans and their European allies. Those several decades spoke in chorus about the threat posed by Iran, because of which supposedly it was necessary to create a missile defense system in Eastern Europe. Turkey simply has nothing to parry. Now in the capitals of the West they can only grit their teeth in impotent rage. Well, they will not expel Turkey from NATO to the joy of Russia.

But Celik did not stop there and dealt another sensitive blow to the pride of Western partners. He specified that Ankara was simply compelled to attend to its air defense when "some NATO allies" withdrew their Patriot systems from Turkey.
Ctrl Enter
Noticed oshЫbku Highlight text and press. Ctrl + Enter
We are
US-Turkey: the purchase of Russian S-400 will lead to dire consequences
NATO offers Turkey another alternative to S-400
Reporterin Yandex News
Read Reporterin Google News
Ad
The publication is looking for authors in the news and analytical departments. Requirements for applicants: literacy, responsibility, efficiency, inexhaustible creative energy, experience in copywriting or journalism, the ability to quickly analyze text and check facts, write concisely and interestingly on political and economic topics. The work is paid. Contact: [email protected]
Information
Dear reader, to leave comments on the publication, you must to register.
I have an account? Sign in