April 5 2019
1
At the end of December 2018, Deputy of the Legislative Assembly of the Amur Region Sergey Trush sounded the alarm. He told the general public about the infection of 26 cancer patients with hepatitis C in the Amur Regional Children's Clinical Hospital (AODKB) in Blagoveshchensk. The Ministry of Health of the region then did not comment on the information and remained silent. However, the TFR in the Amur Region opened a criminal case under part 1 of art. 236 of the Criminal Code of the Russian Federation "violation of sanitary-epidemiological rules", and sent the materials for inspection to the Federal Service for Supervision of Consumer Rights Protection and Human Welfare. 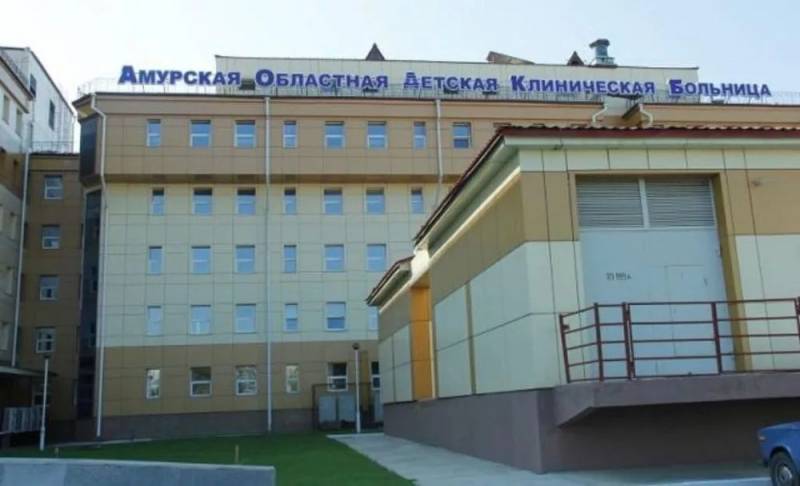 And so, on April 5, 2019, it became known that the number of children infected with hepatitis C in the AODKB increased to 150. By March, the number of identified children infected with hepatitis C increased from 26 to 100. And now another sad record. Moreover, the whole horror of the situation is that this figure can increase even more, because the examination continues and it cannot be stopped until all circumstances are fully clarified and all infected are identified. This is a blatant case and someone will have to answer for it.

At the same time, specialists from the Central Research Institute of Epidemiology of Rospotrebnadzor have already found out the most likely cause of mass infection of children with hepatitis C in the AODKB. The source of infection is most likely a child who was treated at the AODKB 10 years ago. This is reported by the publication Kommersantreferring to the expert opinion.

Patients in the group may have been infected through a chain of transmission
- says the expert opinion.

For example, in 37 out of 38 children treated in the hematology department of AODKB, the hepatitis C virus turned out to be of the same genotype (3a), and the samples themselves showed a high degree of virus relatedness. In addition, 97,4% of infections in children who received intravenous injections were found to be epidemiologically related.

It should be recalled that hepatitis C has an incubation period of up to six months, it is also called a “gentle killer” for its ability to disguise itself as a large number of diseases. The virus is prone to chronicity. Hepatitis C is an anthroponous viral disease with a lateral and instrumental route of infection. However, you can get infected through damaged skin and mucous membranes, but the most dangerous factor is blood.

According to the parents of the affected children, the infection could have occurred as a result of the use of non-sterile medical instruments and supplies. Now parents demand compensation from the AODKB in the amount of 10-15 million rubles. to each victim.
Ctrl Enter
Noticed oshЫbku Highlight text and press. Ctrl + Enter
We are
The teacher burned with iron the schoolboy who dabbled in the lesson
TFR and the Ministry of Internal Affairs check information about a fight between their employees in Kalmykia
Reporterin Yandex News
Read Reporterin Google News
Ad
We are open to cooperation with authors in the news and analytical departments. A prerequisite is the ability to quickly analyze the text and check the facts, to write concisely and interestingly on political and economic topics. We offer flexible working hours and regular payments. Please send your responses with examples of work to [email protected]
1 comment
Information
Dear reader, to leave comments on the publication, you must sign in.