April 5 2019
0
Russian automakers have proven that they are able to create cars that are not only popular, but also create competition for eminent brands. 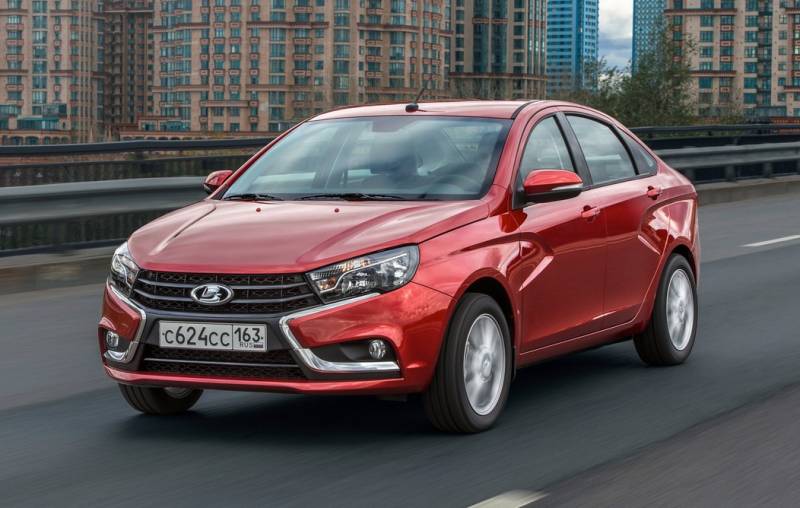 The best-selling model in Russia was the domestic Lada Vesta, which, according to the results of March, set a record for monthly sales since its release in the series.

The data published by Avtostat state the fact - in March, sales of the domestic model increased by 40% and amounted to 12850 units.

Next, with a small margin, there follows another domestic model - Lada Granta, whose sales amounted to 10422 cars.

Recall that the Lada Vesta is a compact car of a small class and has replaced the Lada Priora family in the AvtoVAZ lineup. Sales of the model started in November 2015, and by the end of 2018, it became the best-selling in Russia - 108364 pieces.
Ctrl Enter
Noticed oshЫbku Highlight text and press. Ctrl + Enter
We are
Iran will purchase Russian Lada cars
Why cars have risen in price in Russia
Reporterin Yandex News
Read Reporterin Google News
Ad
We are open to cooperation with authors in the news and analytical departments. A prerequisite is the ability to quickly analyze the text and check the facts, to write concisely and interestingly on political and economic topics. We offer flexible working hours and regular payments. Please send your responses with examples of work to [email protected]
Information
Dear reader, to leave comments on the publication, you must sign in.