April 4 2019
0
On April 4, 2019, a panel of the Sevastopol City Court sentenced Vladimir Dudka and Alexei Bessarabov to 14 years in prison, with each serving a sentence in a maximum security colony. They took place in a criminal case on the preparation of terrorist attacks at life support facilities and military infrastructure on the territory of the peninsula. 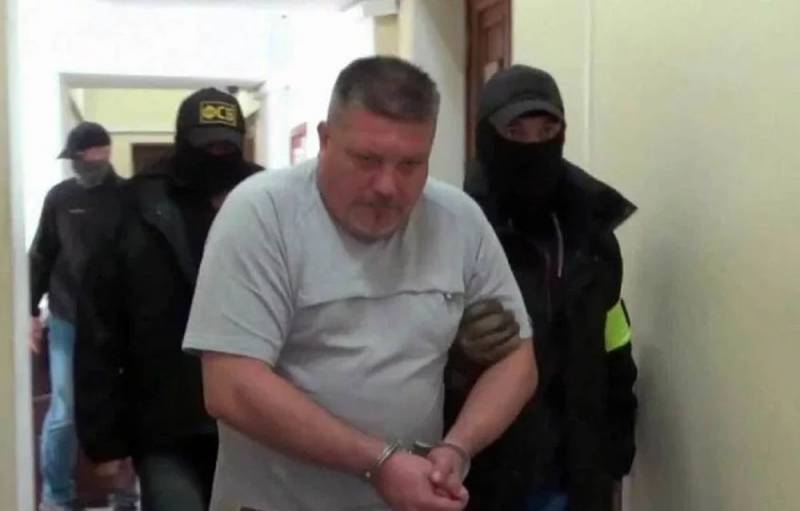 We remind you that on November 9, 2016, a Ukrainian sabotage and terrorist intelligence group of the Ministry of Defense of Ukraine was detained in Sevastopol, consisting of three persons: Vladimir Dudka, Alexei Bessarabov and Dmitry Shtyblikov. They were going to arrange a series of explosions at the civilian infrastructure of the peninsula and at the facilities of the Black Sea Fleet.

So, Shtyblikov pleaded guilty, for which in November 2018 he was sentenced to a relatively modest five years in prison, with serving a sentence in a maximum security colony, for the manufacture, storage and transportation of ammunition as part of an organized group. In addition, Shtyblikov was fined 200 thousand rubles. And now the rest of the band members have been sentenced.
Ctrl Enter
Noticed oshЫbku Highlight text and press. Ctrl + Enter
We are
Former Russian Defense Ministry officer convicted of participation in the IG
Russia's biggest espionage scandal: 20 years for accused
Reporterin Yandex News
Read Reporterin Google News
Information
Dear reader, to leave comments on the publication, you must sign in.