April 2 2019
1
The natural resources of Russia, especially those located in the border maritime territories, are the subject of constant encroachment by foreign poachers. 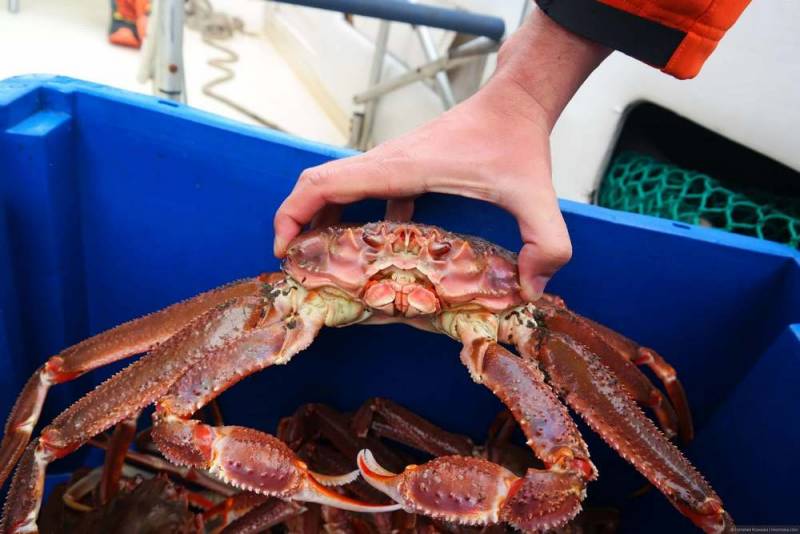 Border control officers of the FSB of Russia prevented the theft of biological resources by foreign poachers in the Barents and Sea of ​​Japan. In the Barents Sea, the Norwegian Arctic Swan trawler was detained, which violated fishing rules during shrimp fishing in the vicinity of Maly Ain island.

Russian border guards of the FSB border guard in the western Arctic region escorted the Norwegian ship to the port of Murmansk, where a further investigation will be conducted that will determine the degree of guilt of the Norwegian poachers and administrative measures.

In the Sea of ​​Japan, officers of the FSB border control in the Primorsky Territory detained a foreign vessel engaged in the illegal fishing of crab in Russian waters.

During the operation, fishing gear was seized, and more than three thousand individuals of the red shear crab were released into the natural habitat.

In the message TASS the nationality of the vessel is not indicated, but it can be assumed that we are talking about Japanese or Korean poachers, who are the most frequent “guests” of Russian border guards in these parts.

Ctrl Enter
Noticed oshЫbku Highlight text and press. Ctrl + Enter
We are
The US is preparing to develop the Arctic in spite of Russia
When will the exchange of the Russian captain to Ukrainian take place?
Reporterin Yandex News
Read Reporterin Google News
Ad
We are open to cooperation with authors in the news and analytical departments. A prerequisite is the ability to quickly analyze the text and check the facts, to write concisely and interestingly on political and economic topics. We offer flexible working hours and regular payments. Please send your responses with examples of work to [email protected]
1 comment
Information
Dear reader, to leave comments on the publication, you must sign in.