April 2 2019
2
The activity of strategic bombers and US reconnaissance aircraft at the western borders of Russia, about which we told earlier, not declining. However, in the process of observation and analysis, it was possible to identify the tactics used by the likely "partners" to reveal the Russian air defense system. The monitoring resource Plane Radar helped me figure this out, for which many thanks to him. 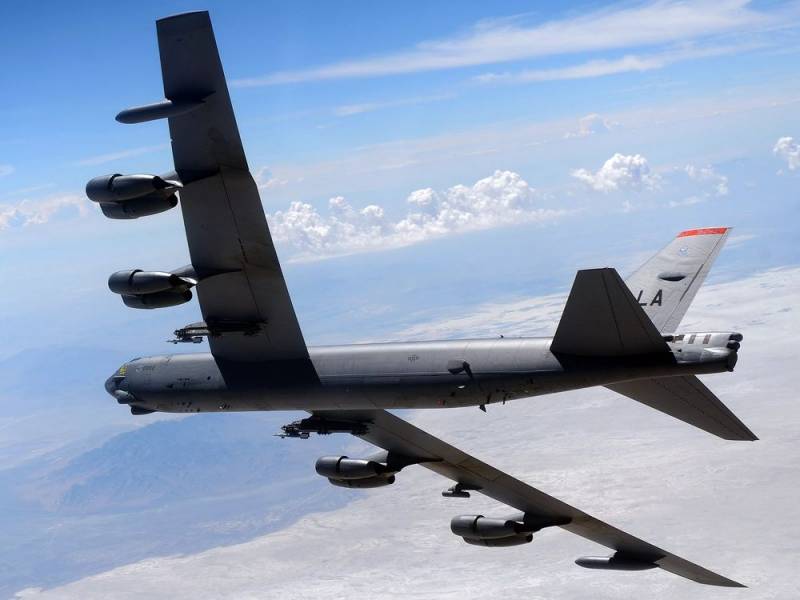 So, on April 1, 2019 at 13:05 Moscow time. near the borders of the Kaliningrad region was recorded strategic bomber Boeing B-52H Stratofortress US Air Force (tail number 60-0024). He took off from the Fairford airbase (UK) and went on a routine bomb testing at the Russian Baltic Fleet, at an altitude of about 8 thousand meters.

At 13:10 Moscow time, on the same day, approximately in the same area (airspace of Poland), a U.S. Boeing RC-135V Rivet Joint (OF 38th RS / 55th WG), flight number 64-14845 was recorded. He took off from the Mildenhall air base and "wandered" over Poland at the borders of the Kaliningrad region.

Immediately before this, at 08:50, in the same area, a Boeing RC-135 W Rivet Joint electronic intelligence aircraft of the United Kingdom Air Force patrolled (on duty) the flight number ZZ666. He took off from the Mildenhall air base and was over Poland near the Russian border.

From this we can conclude that the United States and its allies are trying to identify certain patterns in the operation of the Russian air defense and radar systems in this direction and are studying their combat readiness and effectiveness. Initially, before the US strategic bombers appear there, the electronic situation over a possible theater of operations (TVD) is recorded. Then the reaction time of the Russians and their actions are recorded. For example, radar transfers from one mode to another, the appearance of new signals, the time during which all this happens, and the distance to your aircraft, sorties of duty air defense fighters and other related events.
Ctrl Enter
Noticed oshЫbku Highlight text and press. Ctrl + Enter
We are
The American B-52 bomber fell into the range of Russian air defense
USA intensified aerial reconnaissance near Crimea
Reporterin Yandex News
Read Reporterin Google News
Ad
We are open to cooperation with authors in the news and analytical departments. A prerequisite is the ability to quickly analyze the text and check the facts, to write concisely and interestingly on political and economic topics. We offer flexible working hours and regular payments. Please send your responses with examples of work to [email protected]
2 comments
Information
Dear reader, to leave comments on the publication, you must sign in.