April 1 2019
0
A series of novels written by the British writer J.K. Rowling, which tells about the adventures of the young wizard Harry Potter and his friends, for several decades raises questions about children's education and morality. And so, on March 31, 2019, Catholic priests in Gdansk (Poland) held a whole ceremony to burn the literature that they thought was harmful. This is reported by the SMS from Sky Foundation (SMS z Nieba), on its official Facebook page. 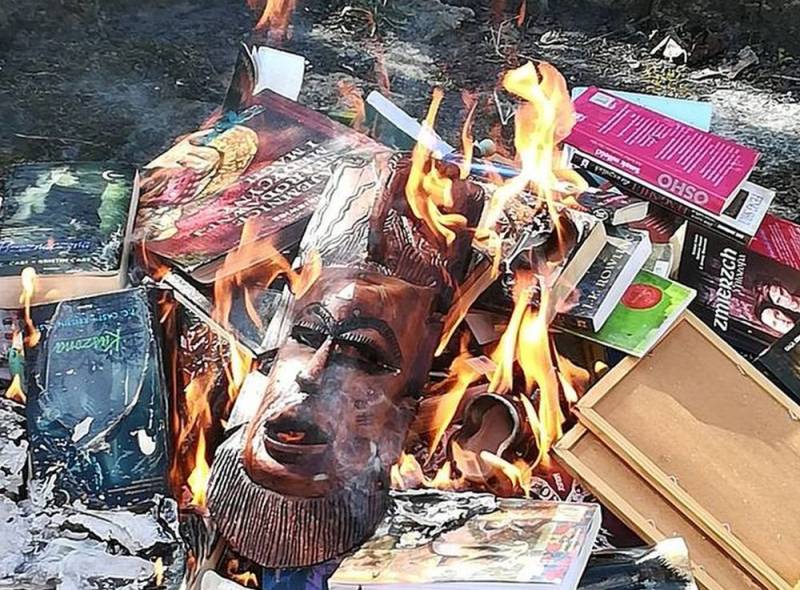 It is reported that the parishioners themselves (believers) brought books and various related paraphernalia (souvenirs) and other things to the church. But after all, someone had thought of them before this. We collected a large basket. After that, the contents of the basket were publicly burned near the church. And even the children were present. 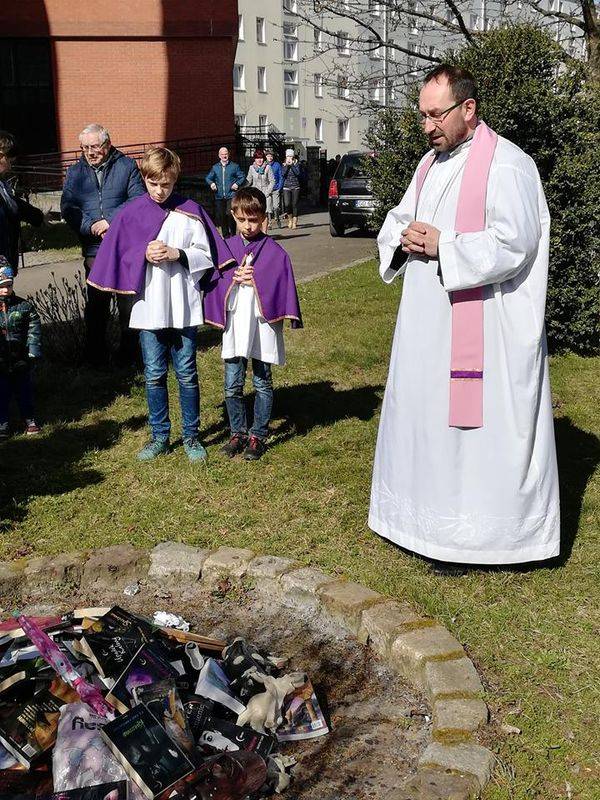 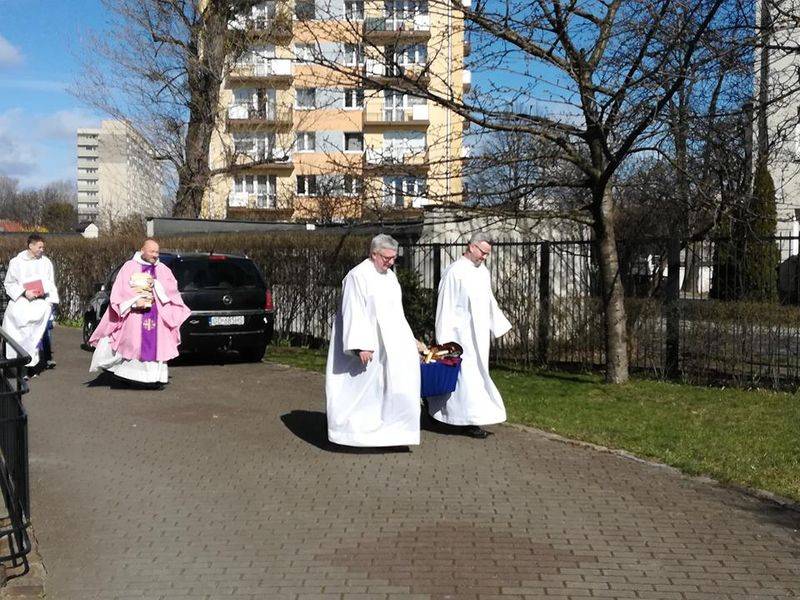 However, not only books about Harry Potter are clearly visible in the published photographs, there are still masks and figurines from other beliefs and religious cults. And this is a sign of religious intolerance. The Holy Inquisition behaved in approximately the same way in the Middle Ages. Then the burning of books and the burning of people often accompanied one another.

If you do not go into such distant historical jungle, it is enough to recall the relatively recent times of the Third Reich. When crematoria appeared after the burning of books, where millions of people were burned. Moreover, many crematoria, by a strange coincidence, were located on the territory of extremely religious Poland.

One can argue for a long time with the work of the author of books and with their effect on fragile minds. But there must be a line, a line that cannot be crossed. Can the priests (Ksiądz - “priest”) Rafal Yaroshevich (director of the “SMS from Heaven” fund) give at least some guarantee that tomorrow a form of symbolic struggle with things that supposedly contradict the commandments of God and the Catholic Church will not turn into something else. In any case, in Muslim countries, something similar is already observed in our relatively enlightened time. Just wondering how Rafal Yaroshevich relates to the work of the Brothers Grimm?
Ctrl Enter
Noticed oshЫbku Highlight text and press. Ctrl + Enter
We are
Are the Mormons detained in Novorossiysk harmless?
The Times: Russian trolls from the world of Harry Potter attack Britain
Reporterin Yandex News
Read Reporterin Google News
Ad
The publication is looking for authors in the news and analytical departments. Requirements for applicants: literacy, responsibility, efficiency, inexhaustible creative energy, experience in copywriting or journalism, the ability to quickly analyze text and check facts, write concisely and interestingly on political and economic topics. The work is paid. Contact: [email protected]
Information
Dear reader, to leave comments on the publication, you must sign in.