April 1 2019
2
American monthly magazine Vice (Weiss), specializing in issues of modern youth subculture, positions itself as a publication for “critically thinking” people. Most publications are devoted to sex, drugs, violence, various political and social conflicts. Therefore, the appearance of the “investigation” by Mark Hay dedicated to the hematogen popular in Russia is not surprising. 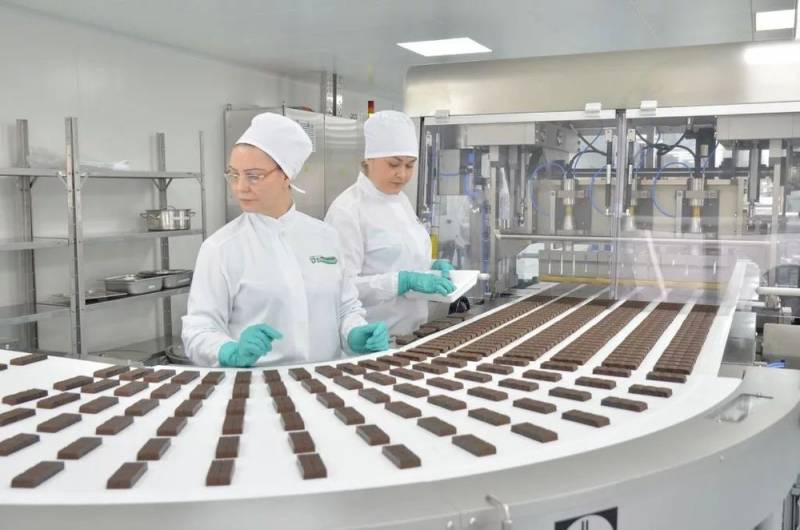 It’s very fashionable in the USA to blame Russia, but the “hand of the market” every time requires something new, because it sells well. Therefore, the article is called loudly and promisingly “How Russia Loved Sweet Bars Made of Blood”. An American who grew up on burgers and stake, who considers the American way of life to be the crown of human civilization, is trying to talk about another culture, with all his material showing the "backwardness and barbarism" of patriarchal Russia.

So, this "enlightened" journalist, with inherent exceptionalism, quite seriously calls a useful prophylactic that contains iron and stimulates hematopoiesis, a product "generated by frugality, pragmatism, centralized totalitarian production and distribution." He simply does not have enough knowledge for more, therefore he should not be strongly condemned for elementary ignorance, because he is a product of education in the USA, although no one has forbidden self-education.

Mark Hay is horrified that the hematogen is made from the dry, defibrinated blood of cattle. We understand his concern, because in the burgers that he eats there is no meat, and the composition of the cola is generally classified. And it is right. American corporations do not want to bother citizens with the unpronounceable chemical names contained in their “useful” products.

The journalist claims that many Soviet citizens did not know about the contents of the bars. Rather, they did not know what they really ate. And some still do not know about it. After that, he embarks on frank assumptions that the hematogen has become an alternative to expensive chocolate. As experts, he attracted Maria Pirogovskaya and Anastasia Lakhtikova. For instance. Pirogovskaya informed him that her mother often gave her a strange “chocolate” bought at a pharmacy. The children loved him very much.

The American ends his “investigation” with the clarification that hematogen production was massive and continues to this day. He is now considered useful in the post-Soviet space. By the way, it’s good that he did not record all these people as vampires, in the West many would have believed. After all, there still some believe in bears dressed in earflaps and wandering with balalaikas through the streets of Russian cities.

In turn, the famous hematologist Thomas DeLoughery (Thomas DeLoughery) said that one bar of hematogen contains the recommended dose of iron for children. And he called the fact that hemoglobin is of natural origin a “bonus”, since iron is absorbed better than in tablets.

It must be added that hematogen is used to correct metabolic processes. It is often recommended for stomach ulcers, when bleeding is possible. The hematogen is rich in vitamin A, so it is also good for vision. Favorably affects the skin, hair and nail growth. At the same time, its cost is penny, unlike American medicines, which have a lot of side effects.
Ctrl Enter
Noticed oshЫbku Highlight text and press. Ctrl + Enter
We are
China advises US to learn how to deal with fires in Russia
The main source of cyberthreats for all of humanity
Reporterin Yandex News
Read Reporterin Google News
Ad
We are open to cooperation with authors in the news and analytical departments. A prerequisite is the ability to quickly analyze the text and check the facts, to write concisely and interestingly on political and economic topics. We offer flexible working hours and regular payments. Please send your responses with examples of work to [email protected]
2 comments
Information
Dear reader, to leave comments on the publication, you must sign in.