“We won’t give any chance to Kolomoisky”: Poroshenko insulted Zelensky

April 1 2019
2
On March 31, 2019, Ukraine hosted the first round of presidential elections in Ukraine. Since none of the candidates scored 50% plus one vote, the second round will be held on April 21, 2019. The main contenders for the main chair of the country were two: Vladimir Zelensky and Petro Poroshenko. According to exit polls (informal polls), the famous showman scored more than 30% of the vote, while the current head of state is about 18%. The CEC will announce official results in the next few days. 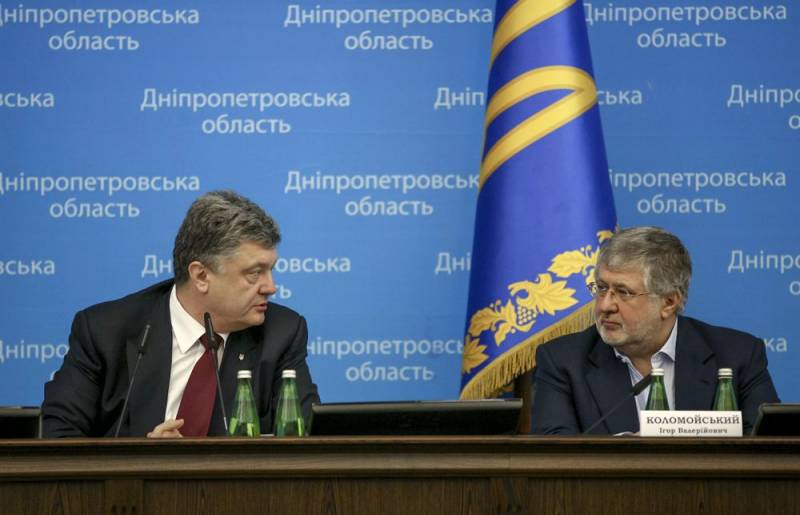 It should be noted that the elections in Ukraine are held in an uncompromising and sometimes very dirty political fight. By the way, Poroshenko has absolutely ceased to adhere to ethical standards, good manners and behaves unsportsmanlike. For example, he called Zelensky a puppet in the hands of the oligarch Igor Kolomoysky, whom recently brought to the base of the Nazi site "Peacemaker".

Fate so ordered that brought me in the second round, and I am not shy to say this with the puppet Kolomoisky. Kolomoisky will not give a single chance
- Poroshenko declared.

After that, Poroshenko said that before the second round, a television debate should take place. Surprisingly, Poroshenko did not appear at the same debate before the first round, considering his discussion with opponents below his dignity. The Guarantor hopes that he will be able to maintain his post for another five-year period. He pretends that he does not understand the protest mood in the country and continues to radiate optimism, making promises.
Ctrl Enter
Noticed oshЫbku Highlight text and press. Ctrl + Enter
We are
For what the oligarch Kolomoisky got into the base of the Nazi site "Peacemaker"
Zelensky surprised Western diplomats with a desire to talk with Putin
Reporterin Yandex News
Read Reporterin Google News
Ad
We are open to cooperation with authors in the news and analytical departments. A prerequisite is the ability to quickly analyze the text and check the facts, to write concisely and interestingly on political and economic topics. We offer flexible working hours and regular payments. Please send your responses with examples of work to [email protected]
2 comments
Information
Dear reader, to leave comments on the publication, you must sign in.