March 28 2019
1
The big businessman (oligarch) Igor Kolomoisky, a citizen of three states (Ukraine, Israel and Cyprus), never ceases to amaze others. The former “governor” of the Dnepropetrovsk region, who insulted the president of Russia and openly called himself a “Zhidobandera”, suddenly, on March 20, 2019, was put on the database of the Nazi site “Peacemaker” as “zradnyk”, i.e. traitor. 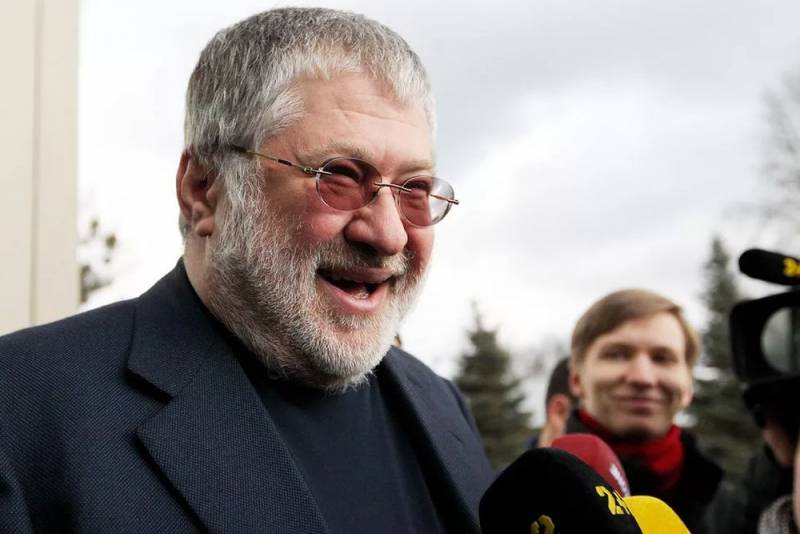 It should be noted that over the past year (at least) the Mirotvorets website has turned into an openly smelling garbage can, if not a cesspool, which adapts to the general line of the “party” (Presidential Administration). In 2014 - 2015, real anti-fascists, pro-Russian activists and just decent people disagreed with the coup in Ukraine got to the site. Many then did not hide that they were pleased to be on such a huge list of normal people. But this did not last long.

Beginning in 2018, Ukrainian patriots and all kinds of insane audiences who openly supported the Maidan began to be brought there, right down to outright Nazis who simply disagreed with Petro Poroshenko. The penultimate “achievement” of the site was the appearance of Yulia Tymoshenko in it. Now Igor Kolomoisky also flaunts there. It’s all the fault of the presidential elections in Ukraine to be held on March 31, 2019, and if one round is not enough, the second will be held on April 21, 2019. 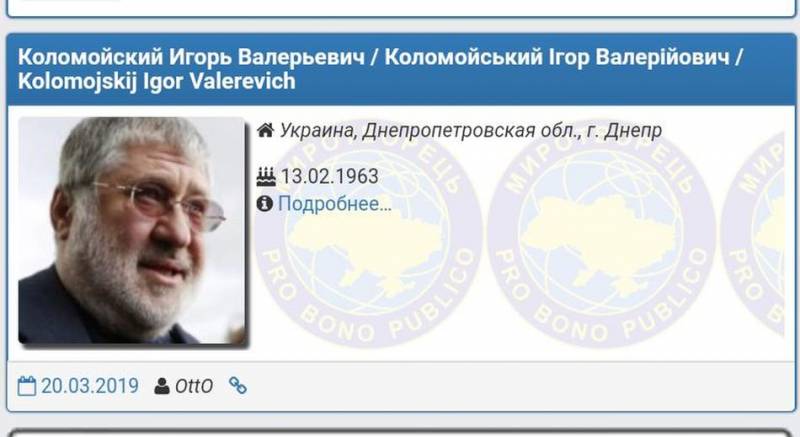 The Peacemaker website presents Igor Kolomoisky with the following claims, which are frankly ridiculous by Ukrainian standards. There are only four of them.

The first is a violation of the legislation of Ukraine on citizenship by obtaining citizenship of other countries. At the same time, they “forgot” on the site that the situation with citizenship of Petro Poroshenko himself, the majority of deputies of the Verkhovna Rada of Ukraine and major officials looks approximately the same.

The second is the conscious participation in undermining the foundations of national security since 2016. That’s what the website called the conflict of business interests between Poroshenko and Kolomoisky.

The third is the deliberate discrediting of state power institutions and institutions in Ukraine. So called on the site of active coverage in the media controlled by Kolomoisky, the corruption of Poroshenko.

Fourth - the manipulation of socially significant information and the organization of the distribution of knowingly false information on a controlled television channel. This is the name of all information resources, the opinion of which diverges from the opinion of Poroshenko.

The real cherry on the cake can be considered the last entry on the site about Kolomoisky, to which everything is said.

In the summer of 2014 he organized active resistance to Russian aggression
- summarizes the record site "Peacemaker", after listing the assets of the oligarch.

It is hard to say to what depths of "patriotism" this site will reach. The bottom is not yet felt. But given the specific flexibility of the site’s leaders, especially if Poroshenko does not manage to be re-elected, there are still many interesting things waiting for us. For example, in the fall of 2019, elections to the Verkhovna Rada of Ukraine should be held, so that the base of the site can be seriously replenished, including even the person of Poroshenko.
Ctrl Enter
Noticed oshЫbku Highlight text and press. Ctrl + Enter
We are
US State Department: Venezuelan Civil War Scenario Ready
Kolomoisky: Poroshenko is an immoral type
Reporterin Yandex News
Read Reporterin Google News
Ad
We are open to cooperation with authors in the news and analytical departments. A prerequisite is the ability to quickly analyze the text and check the facts, to write concisely and interestingly on political and economic topics. We offer flexible working hours and regular payments. Please send your responses with examples of work to [email protected]
1 comment
Information
Dear reader, to leave comments on the publication, you must sign in.