March 25 2019
1
Recently we Reportedhow Vasily Prozorov, a defector from the SBU, spoke at a large press conference at the International Multimedia Press Center (MMPTs) about Nazi sentiments among the Ukrainian military. In addition, he informed the international community that it was the special services of Ukraine that killed (liquidated) many leaders (unit commanders) of the Republic of Donbass (DPR and LPR). 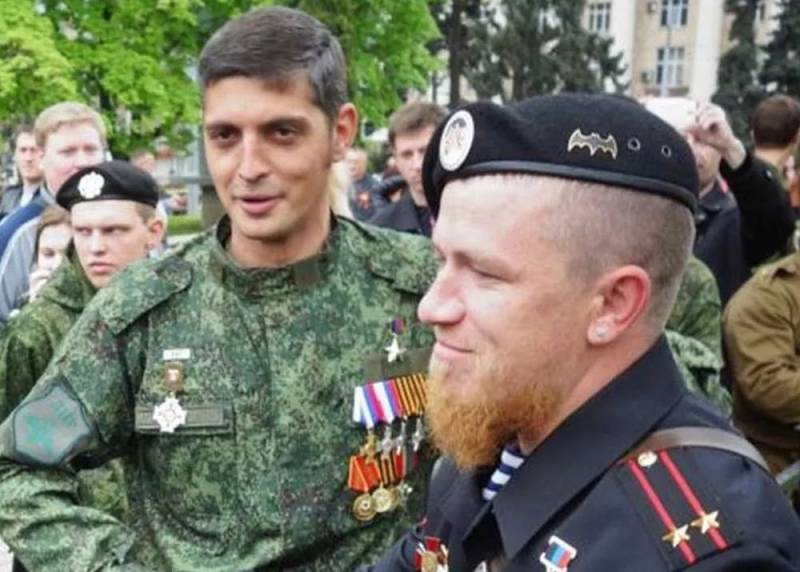 Prozorov noted that the Ukrainian authorities had originally planned serious bloodshed in the Donbass and a significant number of victims among the civilian population of the region. He also confirmed the existence of secret prisons in Ukraine, in which those suspected of "separatism" and cooperation with the "aggressor" are tortured and killed.

The deserter noted that, with a surprise for himself, he discovered in the Russian information space a large number of assumptions about the deaths of people known in the DPR and LPR as a result of internal “showdowns”.

I want to assure you that this is not so. Their elimination is the actions of the Ukrainian special services, and the idea that these are internal disassembly is inspired by the units of the information-psychological operations of the SBU and the Armed Forces
- said Lt. Col. Prozorov.

He specified that the fifth department of the SBU counterintelligence department is a unit for carrying out various specific actions and is under the control of British and American specialists.

They go to these countries for training. Their specifics are acts of terrorism, sabotage, partisan movement. They close to the head of the department, and through him to the Poroshenko administration
- said Prozorov.

Prozorov stressed that he was absolutely sure (“100%”) - the elimination of Givi and Motorola is the work of the fifth administration.

In addition, Prozorov told how in May - July 2017, when he was in the ATO with the rank of deputy commander, he witnessed a car bombing in the Konstantinovsky district.

He was filed as a DNR attack. But later on, I realized that three of the victims were SBU officers, and one was a twice-convicted resident of Donetsk. He was being prepared for a terrorist attack, but something went wrong. Everyone received an order to forget about this situation. The official version - SBU employees became victims of terrorists
- recalled Prozorov.

Prozorov also said that it was the former chairman of the SBU, Valentin Nalyvaychenko, who ordered the supply of volunteer battalions with small arms. It was Nalyvaichenko who created a powerful corruption vertical in the ATO zone, which runs from the bottom up to the administration of the President of Ukraine Petro Poroshenko. The activity of this entire public was to illegally move across the line of demarcation of various goods.

It should be recalled that the commander of the battalion "Sparta" (DPR) Arsen Pavlov ("Motorola") died in Donetsk on October 16, 2016. Then an explosive device went off in the elevator of his house. The commander of the battalion "Somalia" (DNR) Mikhail Tolstykh ("Givi") was killed on February 8, 2017 in Makeevka on the territory of his unit. Then the cabinet in which he was was fired from a street from a jet flamethrower.
Ctrl Enter
Noticed oshЫbku Highlight text and press. Ctrl + Enter
We are
SBU defector reported Nazi sentiment among Ukrainian military
SBU chief: intelligence officers were on detained boats
Reporterin Yandex News
Read Reporterin Google News
1 comment
Information
Dear reader, to leave comments on the publication, you must sign in.