The redivision of the world: the globalist project "China" has gone out of control of the West

March 25 2019
3
The crisis of capitalism as a system has led to a fierce confrontation between the elites in the United States, the leading power in the world. Donald Trump, relying on nationally-oriented "industrialists", is rapidly dismantling the project of "globalists", financiers and owners of transnational corporations for whom there is no concept of "Homeland", but there is only the most profitable place for Capital at the moment. Markets quickly segment, gather in "clusters". It begins to smell like a future big war for their redistribution. Who and with whom will be in the same trench? 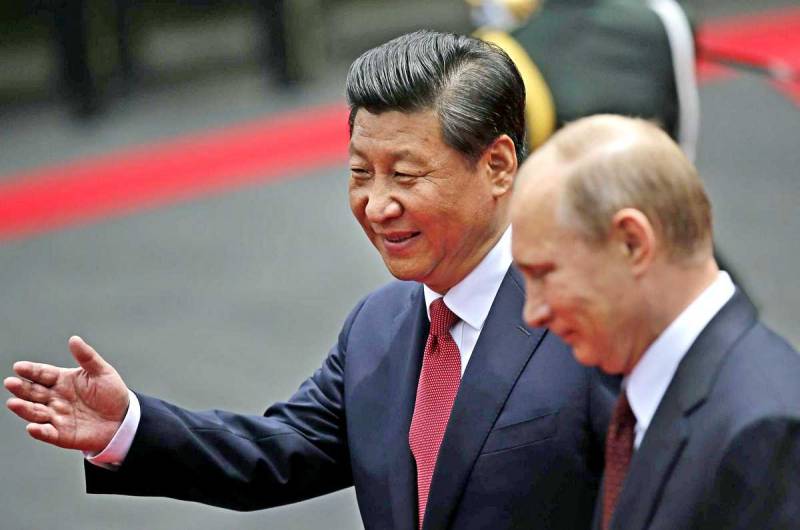 Ранее we toldhow the United States and the European Union quarreled. In the Old World, European globalists are already directly discussing the need for political EU subjectivity, the creation of the European Army and the struggle for new markets with yesterday's friends from the United States and Great Britain. Now we will talk about Washington’s confrontation with two other centers of power - Beijing and Moscow.

The present power of the PRC is a direct consequence of the development of the Western globalist project. Americans literally pumped China economic power, pursuing the goal of opposing the USSR - created a certain antipode to Moscow. The owners of the corporations transferred their production to the Celestial Empire, where at that time labor costs were scanty, which gave them extra profit. At the same time, the United States itself was de-industrialized, which left a huge number of Americans unemployed. At that time, very few people thought that over time Beijing would very skillfully use its investments to build up its own economic strength and turn into problem No. 1 for the United States.

The current situation, in which China is a "world workshop", and its activities in the US and EU markets is regulated by the rules of the WTO and other specially invented structures, is quite suitable for the "globalists". They, the “globalists”, are generally satisfied with Beijing, but he is interested in weakening his stranglehold and is actively engaged in diversifying the supply of raw materials, ways of delivering goods to end consumers and developing their own domestic market. At the same time, the power of the PLA and the Navy of the PRC is growing.

The “Imperial” Trump does not need an economically powerful and heavily armed China. Hence all the trade wars aimed at weakening the positions of Beijing. In the end, there is a great chance of a clash between the US and Chinese military somewhere in the Pacific when Washington tries to block China’s maritime trade. In the United States, the "globalists" are trying to take revenge by nominating as a candidate for the post of head of state Joe Biden, the former vice president under Obama, about which we told earlier. If Biden wins the election, then China will win with him.

The role of Donald trump in relation to our country is very ambiguous. After the collapse of the Soviet Union, the modern Russian Federation was included in the world economic system as a raw material colony. Some representatives of our so-called “elites” are not only not shy, but also proud to be members of transnational financial corporations.

President Trump forcibly “cuts” Russia out of the world system through sanctions, up to a ban from Washington on the use of the American currency in payments. All this leads to “dedollarization” and some “import substitution” even by our liberal and pro-Western authorities. In a way, you can even say “Agent Donald” thanks.

However, no illusions are needed. Let the “imperial” Trump situationally stand on the side of the national interests of the Russian Federation, he is objectively our adversary. All this restructuring of markets on the globe will almost inevitably end with the Third World War. And we will be with the Americans in different trenches.

So, maybe we will be in the same trench with the Chinese? Unfortunately no. We can portray friendship with China by conducting joint military exercises and signing contracts for the construction of gas pipelines. But Beijing will not allow any military alliance with our country, because it does not need him.

From Russia, China needs only a secure rear, preferably not too independent and armed to the teeth, as well as natural resources. That, in fact, is all. And let's not forget that in the course of a global redrawing of the map, if that happens, Beijing may well bite off a large chunk from our country. Today, the Chinese leadership smiles warmly at us, but they remember that our Far East not so long ago belonged to the Celestial Empire. It is believed that after the collapse of the USSR, Washington did not completely disintegrate the Russian Federation, not only because its nuclear arsenal could disperse into many new "republics", but also because of the risk of China absorbing vast territories of Russia in the east.

So it turns out an extremely difficult configuration with four centers of power: in the USA, Europe, Russia and China. And "Annushka", meanwhile, has already "spilled oil" on the coals of World War II.
Ctrl Enter
Noticed oshЫbku Highlight text and press. Ctrl + Enter
We are
Tensions: the US withdraws money from Europe, the EU responds in a mirror
The fatal mistake of the globalists: why do the Anglo-Saxons not like us?
Reporterin Yandex News
Read Reporterin Google News
3 comments
Information
Dear reader, to leave comments on the publication, you must sign in.