US strike: China emerges from petrodollar

March 28 2018
7
On March 26, the Shanghai International Energy Exchange began trading in RMB oil futures. Already on the first day of trading on the exchange, 18 transactions were concluded, and the scale of turnover exceeded the amount of $ 000 billion. Futures, dubbed INE, immediately aroused the interest of foreign investors, which allowed experts to give a very optimistic forecast for its future. 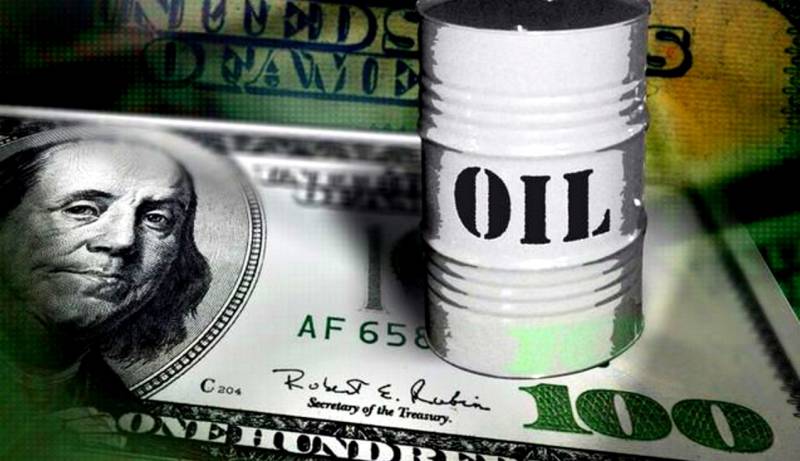 China wanted to start an exchange trading in RMB oil for a very long time. This is one of the important components of the national economic PRC strategies. However, in 1993, when the first attempt was made to start trading the yuan for oil, the position of the Chinese currency was still very weak. Therefore, the experiment ended in fiasco and the Chinese leadership for a long period refused such bold initiatives. But 25 years have passed and the situation has changed radically. China has become the world's most powerful and dynamic economy, a major competitor to the United States. Today, the yuan is one of the key currencies of the modern world, included by the International Monetary Fund in the international basket of payments - along with the US dollar, euro, Japanese yen and British pound.

As you know, the American dollar is currently used in calculations in world oil trade. In many ways, this circumstance explains the leading position of the US dollar among world currencies. It turns out that by launching a project for the exchange trading of oil in RMB, China poses an open challenge to the established order and goes on the offensive on the dollar, and therefore the United States of America. American hegemony is based precisely on the dollar. If the dollar is supplanted by the renminbi, the US will quickly begin the “way down”, losing its superpower position and influence on world economic processes. The era of the dollar as a symbol of the world economic order may come the long-awaited end. However, most experts are inclined to believe that the full replacement of the dollar by the yuan will not happen, although in the regional markets the Chinese currency can really inflict a serious blow on the dollar’s ​​positions.

If the new Chinese oil futures remain attractive for foreign investors and are widely used in the oil market, the renminbi's position in world trade will seriously increase. Accordingly, China’s economic influence will increase. The only thing that is holding back China so far is the desire to maintain control over the yuan, not letting it go in “free float”. Beijing is well aware of all the risks that follow over-integration into the global financial system, which is why they keep the yuan from liberalization. But if the country's leadership nevertheless decides on partial liberalization, then this can lead to the most serious consequences for the dollar - after all, now its leading position is largely artificial, the yuan is quite a worthy competitor to the American currency.
Ctrl Enter
Noticed oshЫbku Highlight text and press. Ctrl + Enter
We are
How soon will the dollar be destroyed?
The death of America: the world will soon abandon the dollar
Reporterin Yandex News
Read Reporterin Google News
7 comments
Information
Dear reader, to leave comments on the publication, you must to register.
I have an account? Sign in