March 23 2019
3
On March 21, 2019, U.S. President Donald Trump wrote on his Twitter account that the moment has come to recognize Israel's sovereignty over the Golan Heights. After that, the head of the US State Department, Mike Pompeo, made explanations on this matter. 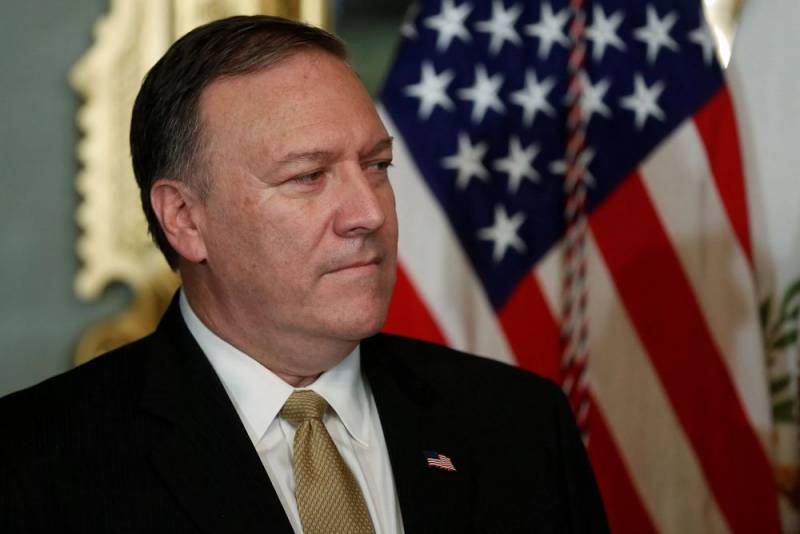 First of all, the head of the US Foreign Ministry rejected critics' statements that the recognition of Israeli sovereignty over the Golan Heights is a violation of UN Security Council resolutions. His argument was as simple as a “door”. The United States is a “force of good in the region," so they are interested in "stability" in the Middle East. Everything else is the machinations of evil.

Pompeo hypocritically clarified that the US attitude towards the Golan Heights is not "policies double standards ”in relation to the reunification of Crimea with Russia. He stressed that US actions are relevant and necessary to ensure the security of the territory of Israel. The secretary of state did not go into details of what Israel captured the Golan Heights from Syria in 1967 by military means.

The Secretary of State added that President Trump’s actions, in a particular case, are a process of recognizing the real situation on the ground. That is, if you are an ally of the United States and you have the opportunity to seize the neighboring territory and have enough strength to hold it for a long time, then you do not need to rack your brains over all kinds of referenda and public opinion. And do not try to understand the logic, just accept it as a fact.
Ctrl Enter
Noticed oshЫbku Highlight text and press. Ctrl + Enter
We are
It's important8
New US Permanent Representative to the UN Became Known
US State Department: Venezuelan Civil War Scenario Ready
Reporterin Yandex News
Read Reporterin Google News
3 comments
Information
Dear reader, to leave comments on the publication, you must to register.
I have an account? Sign in