The latest Mi-28NM seen in the sky of Syria

March 22 2019
1
On March 21, 2019, it was reported that the latest Mi-28NM Night Hunter attack helicopter is already at Hmeimim air base in Syria. And so, the very next day, March 22, 2019, the first video appeared on which this helicopter was captured in the Syrian sky. 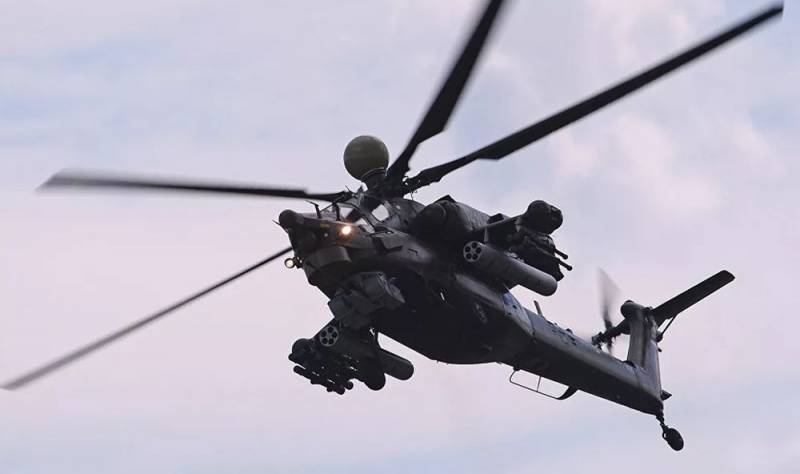 It should be noted that the helicopter was transferred to Syria for testing under local climatic conditions and landscape features. The military wants to know what this helicopter and its new airborne radar system are capable of under conditions of high temperatures and dust storms.

As for the presented video with the Night Hunter, it was shot in the north of the Syrian province of Hama. In the video, the Mi-28NM is paired with the Mi-24, the “Night Hunter” is identified by the specific area of ​​the radar above the rotor. After all, the Mi-28NM is a specialist in a wide profile. Its range of tasks is really impressive. "Night hunter" can be used both for aerial reconnaissance and target designation, and for the elimination of all kinds of ground and air targets.


We remind you that the Mi-28NM is not just an improved version, but a deep modernization of the previous Night Hunter. The helicopter has a duplicated control system, i.e. if necessary, pilot-operator can pilot it. The helicopter is equipped with an over-sleeve all-round radar. Almost all components and mechanisms, the fuselage, engines, navigation and communication equipment, and various equipment underwent modernization. The opportunity to use drones and the latest missiles.
Ctrl Enter
Noticed oshЫbku Highlight text and press. Ctrl + Enter
We are
Russian Su-25 attack aircraft return to Syria
US State Department: Venezuelan Civil War Scenario Ready
Reporterin Yandex News
Read Reporterin Google News
1 comment
Information
Dear reader, to leave comments on the publication, you must sign in.