Nazarbayev resigned as president of Kazakhstan

March 19 2019
3
President of Kazakhstan Nursultan Nazarbayev in his address to the nation on March 19, 2019 announced that he was resigning. 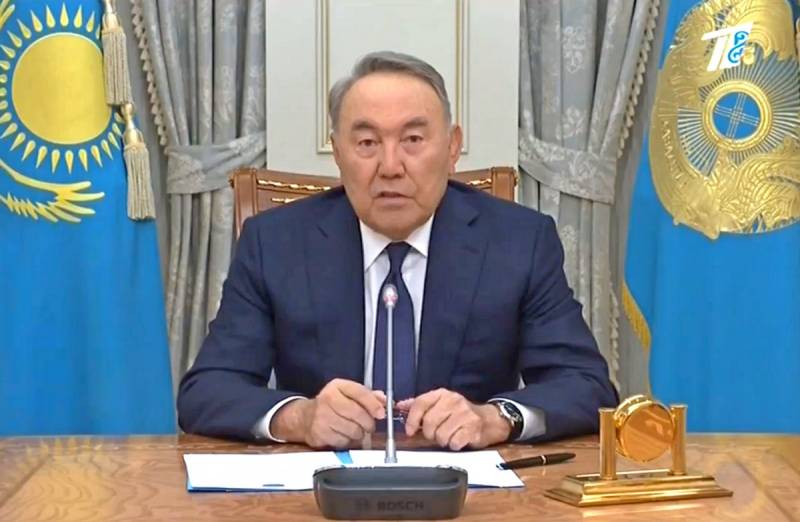 For almost 29 years, from April 24, 1990, Nursultan Nazarbayev was at the head of Kazakhstan in the status of the country's president. Nazarbayev was among the first persons of the republic in Soviet times.

We have done everything together, Kazakhstanis. You supported me in all elections. It is a blessing to be the president of such a country. I served you faithfully. Thanks to you, I became president
- Nazarbayev said in his address to the people of the republic.

The reasons for the resignation of Nursultan Nazarbayev are still unknown. Of course, the age of the Kazakh leader played a role, first of all. Nursultan Abishevich in July of this year should be 79 years old. Not the limit, but very solid.

Under the leadership of Nursultan Nazarbayev, Kazakhstan managed to maintain political stability in the most difficult post-Soviet years. The Republic remained the most economically prosperous of all the post-Soviet states of Central Asia. There is also an undoubted merit of Nursultan Nazarbayev.
Ctrl Enter
Noticed oshЫbku Highlight text and press. Ctrl + Enter
We are
Russian Foreign Ministry: US gambit in Syria remains to be solved
Demarche of Kazakhstan: Nazarbayev refused to look at the Crimean bridge
Reporterin Yandex News
Read Reporterin Google News
3 comments
Information
Dear reader, to leave comments on the publication, you must sign in.