The Turkish Stream is almost ready: its sea and land parts are connected

March 19 2019
0
In Turkey, the offshore and coastal parts of the Turkish Stream gas pipeline are connected. Thus, the construction of the gas pipeline actually came to an end. 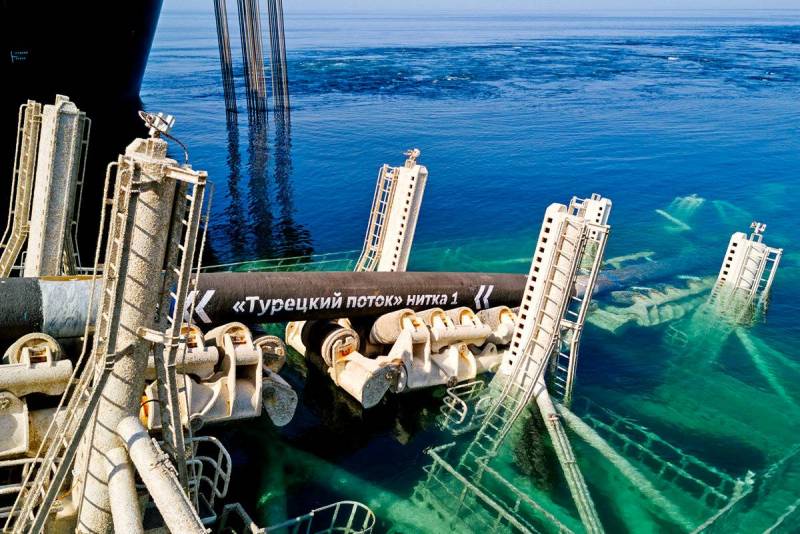 According to "Interfax» technical The operation, which was called a surface overburden by specialists, included the rise of the coastal and deep-sea sections to a special platform.

After the sections of the gas pipeline were raised, they were welded into a single string of the gas pipeline. When the surface overwhelming operation was completed, the landfall section in the Russian Anapa area was connected to the terminal near the village of Kiyikey in Turkish Thrace.

The Russkaya compressor station, which is tasked with providing the necessary pressure for transporting Russian gas through the Black Sea to Turkey, is fully ready for launch.

As soon as the construction of the terminal in the village of Kiyikey is completed, the gas pipeline can be launched. It is planned to start its operation at the end of this year.

Recall that the Turkish Stream gas pipeline consists of two threads. The first string with a capacity of 15,75 billion cubic meters gas per year is oriented to Turkey, the second string of the same capacity - to the countries of the Balkan Peninsula and Southern Europe.

The completion of the Turkish Stream construction is a landmark event not only for the Russian gas industry, but for the whole economics as a whole.

The expansion of Russian gas exports to Turkey and the countries of Southern and Southeast Europe will contribute to an additional influx of financial resources into the budget of our country.
Ctrl Enter
Noticed oshЫbku Highlight text and press. Ctrl + Enter
We are
The Turkish Stream and Power of Siberia gas pipelines are almost ready
A new phase in the construction of Nord Stream-2 begins
Reporterin Yandex News
Read Reporterin Google News
Ad
We are open to cooperation with authors in the news and analytical departments. A prerequisite is the ability to quickly analyze the text and check the facts, to write concisely and interestingly on political and economic topics. We offer flexible working hours and regular payments. Please send your responses with examples of work to [email protected]
Information
Dear reader, to leave comments on the publication, you must sign in.