March 16 2019
0
Recently, Washington has been vigorously moving its muscles in front of Moscow. For example, there has been a significant increase in the activity of US strategic aviation in Europe. About it show more frequent cases of the appearance of American Boeing B-52H Stratofortress US Air Force bombers at the western borders of Russia. 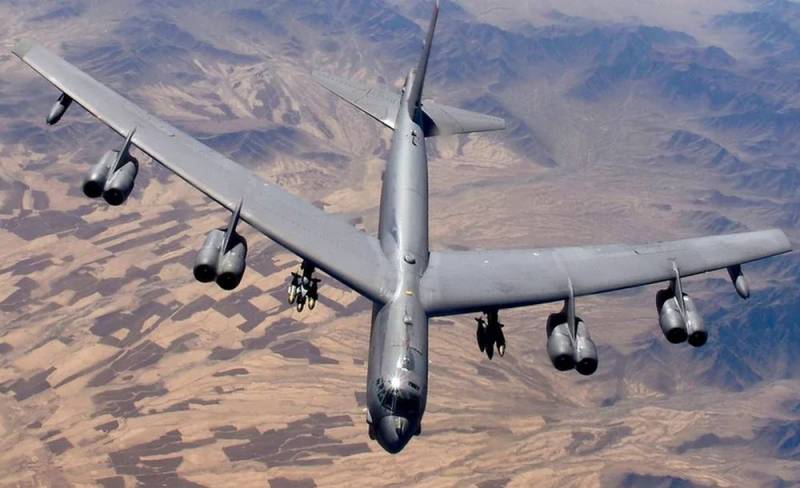 So, on March 16, 2019, the Pentagon transferred its fifth such “strategist” capable of carrying nuclear weapons to the Fairford air base of the United Kingdom Air Force. And over the past two days, four have already arrived at the airbase. Moreover, in the near future there is expected another replenishment of the ranks, in the form of another batch of "strategists". It is necessary to clarify that this air base is used as a reserve airfield and is located 2 km away. south of the city of Fairford of Gloucestershire county in England.

The Americans are transferring their “strategists” there from their own Barksdale airbase, 8 km away. southwest of the city of Shreveport in Louisiana (USA). The last time such hyperactivity was observed back in 2003, when the United States was desperate to prepare to fight a second time in Iraq. Then they “shoved” two dozen B-52Ns at the Fairford airbase. By the way, the air base was actively used only twice before: during the "democratization" of Yugoslavia in 1999 and the "First Gulf War" in 1991.

It should be added that the Barksdale air base is a key element of the infrastructure of the aviation component of the US strategic nuclear deterrence forces. There is the headquarters of the Air Force Global Strike Command. 44 units of V-52N are assigned to the base, and each unit has its own characteristics that make them easy to identify. For example, the 2nd Bomber Air Wing (2 BW) of the 8th Air Army (8 AF) has the letter code on the keel “LA”. The 11th Bomber Squadron has a green keel tip. The 20th Bomber Squadron has a blue keel tip. The 96th Bomber Squadron has a red keel ending. The 307th reserve bomber wing has an alphabetic code on the keel “BD”.
Ctrl Enter
Noticed oshЫbku Highlight text and press. Ctrl + Enter
We are
The American B-52 bomber fell into the range of Russian air defense
US sent strategic bombers to Europe
Reporterin Yandex News
Read Reporterin Google News
Ad
We are open to cooperation with authors in the news and analytical departments. A prerequisite is the ability to quickly analyze the text and check the facts, to write concisely and interestingly on political and economic topics. We offer flexible working hours and regular payments. Please send your responses with examples of work to [email protected]
Information
Dear reader, to leave comments on the publication, you must sign in.