In Crimea, assessed the damage from the peninsula within Ukraine

March 16 2019
0
First Deputy Prime Minister of the Crimean Parliament Yefim Fix believes that economic the losses of this region during its presence in Ukraine amount to hundreds of billions of rubles. This has been the result of ineffective peninsula management over the past decades. 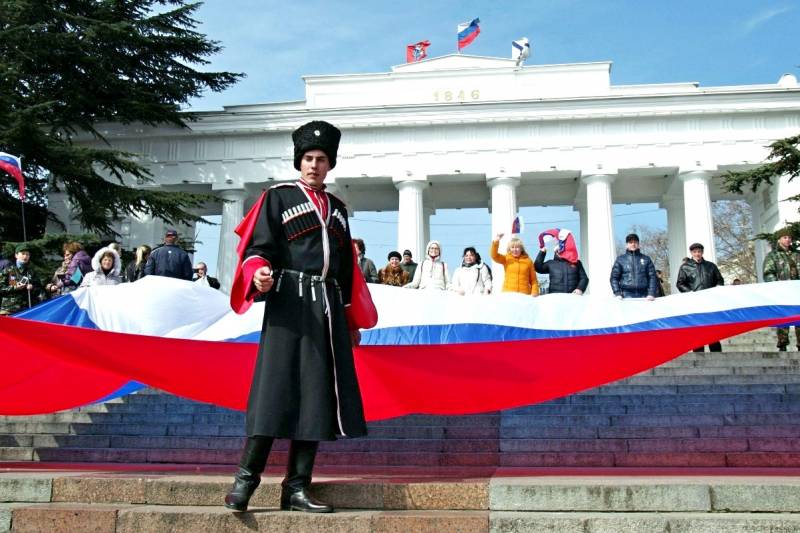 Fix made such a statement to the news agency. RIA News after the proposal of the State Duma Speaker Vyacheslav Volodin to calculate the losses that the Kiev authorities have caused the Crimean economy over the years of his reign. When this is done, Russia will demand damages.

Yefim Fix thinks that such a calculation will reveal the sad statistics of the systematic destruction of the Crimean economy. And the damage will be measured not in billions, but in hundreds of billions, or even trillions of rubles. As bitter examples, he cited the destruction of the water supply system of the North Crimean Canal, the deliberate bankruptcy of industrial enterprises and much more.

The Vice Prime Minister believes that when the data on the enormous economic damage caused to Crimea by the actions of the Kiev authorities will be published, the voices of Western and Ukrainian figures demanding some compensation from the Crimeans will quiet down a bit.
Ctrl Enter
Noticed oshЫbku Highlight text and press. Ctrl + Enter
We are
Russia may demand 10 billion rubles from PACE
Crimea responded to exercises of the Ukrainian Navy in the Sea of ​​Azov
Reporterin Yandex News
Read Reporterin Google News
Ad
We are open to cooperation with authors in the news and analytical departments. A prerequisite is the ability to quickly analyze the text and check the facts, to write concisely and interestingly on political and economic topics. We offer flexible working hours and regular payments. Please send your responses with examples of work to [email protected]
Information
Dear reader, to leave comments on the publication, you must sign in.