March 12 2019
0
It became known that the captain of the bulk carrier Streamline, who was arrested in Turkey, Bahman Bagirov promised to block the Bosphorus on March 13, 2019, if crew members are not paid wage arrears. The crew consists of 10 people: nine Russians and one citizen of Ukraine. 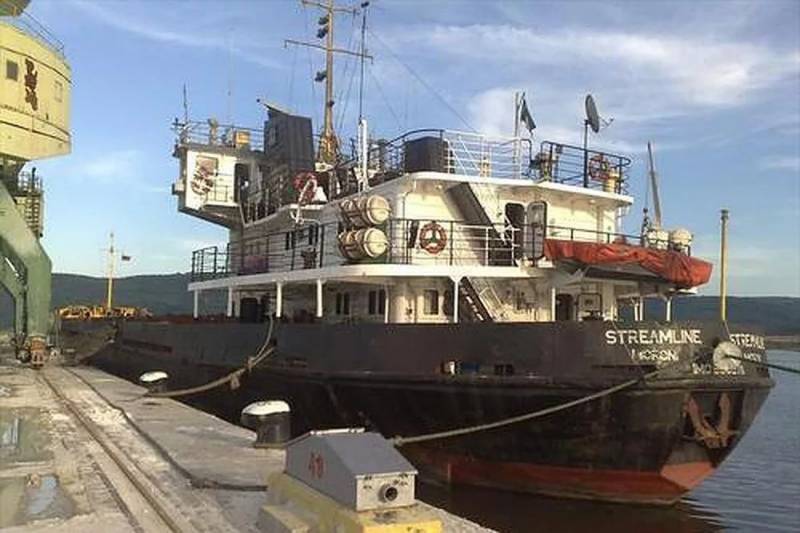 It should be noted that the vessel was arrested by the Turkish authorities in June 2018, i.e. 10 months ago, allegedly for the debts of the previous owner, when he arrived in Istanbul for repairs from Rostov-on-Don. Therefore, it is not surprising that the captain is nervous and says that the crew has been “in prison” all this time.

The crew has been on the ship for more than 10 months, we are sitting here, as if in prison, divorced from our families. Our patience is already at the limit, and we are forced to resort to extreme measures. If our legal requirements are not met until tomorrow (March 13, 2019 - Ed.), Then we will anchor and block the Bosphorus, notifying the relevant services
- Bagirov said RIA News.

The lawyer (Turkish - ed.) Considered that if on April 16 the court does not make a decision or makes a decision not in favor of the company, about eight months will be spent on the sale of the vessel, organized by the plaintiff. And plus XNUMX months for payments - two years total at least. Now we need to file a lawsuit so that when the plaintiff sells the ship, our debt also appears in the case.
- clarified the captain Streamline.

In addition to paying the due salary, the crew requires the removal of the arrest from the ship and permission to repair the dock. In December 2018, the captain reported that the situation was critical, as the crew was running out of fuel, water and food. In January 2019, the crew went on a hunger strike.

It should be recalled that earlier the Russian Consul General in Istanbul, Andrei Podelyshev, reported that the Streamline vessel (under the flag of the Comoros), according to its former owner (Seemann Investitionen Ltd - a company registered in Belize), was sold to the Turkish company Aksa Shipping corporation. However, at the request of the Turkish company Alpex, which allegedly received the Streamline for rent, on June 17, 2019, an Istanbul court arrested him. The vessel itself has no debts to the Turkish authorities.

At the end of February, the first court hearing was held in Istanbul, it lasted 20 minutes, after which it was postponed to April 2, 2019. The Alpex company (Alpex) declares that it has received the vessel for rent from the operator Megion, and demands to reimburse the $ 190 thousand spent on repairs. At the same time, they say from Seemann Investitionen Ltd that the vessel was leased under forged documents and no one gave consent to this. So this trial, with criminal overtones, can last a long time, maybe for years, and sailors need to eat and drink something every day, and someday come home to relatives and friends.

It must be added that this is not the first such case with this ship. In 2017, there was already something similar.
Ctrl Enter
Noticed oshЫbku Highlight text and press. Ctrl + Enter
We are
US State Department: Venezuelan Civil War Scenario Ready
11 Russian sailors arrested with ten tons of cocaine
Reporterin Yandex News
Read Reporterin Google News
Ad
We are open to cooperation with authors in the news and analytical departments. A prerequisite is the ability to quickly analyze the text and check the facts, to write concisely and interestingly on political and economic topics. We offer flexible working hours and regular payments. Please send your responses with examples of work to [email protected]
Information
Dear reader, to leave comments on the publication, you must sign in.