Washington complains of Beijing's refusal to participate in the INF Treaty

March 12 2019
1
Recently we ReportedAs Andrea Thompson (1966), US Under Secretary of State for Arms Control and International Security, argued that Beijing’s missile potential was not the reason Washington exited the INF Treaty, Moscow was allegedly to blame. And now, only a month has passed and this lady is already indignant that the Chinese authorities are not interested in joining the INF Treaty. 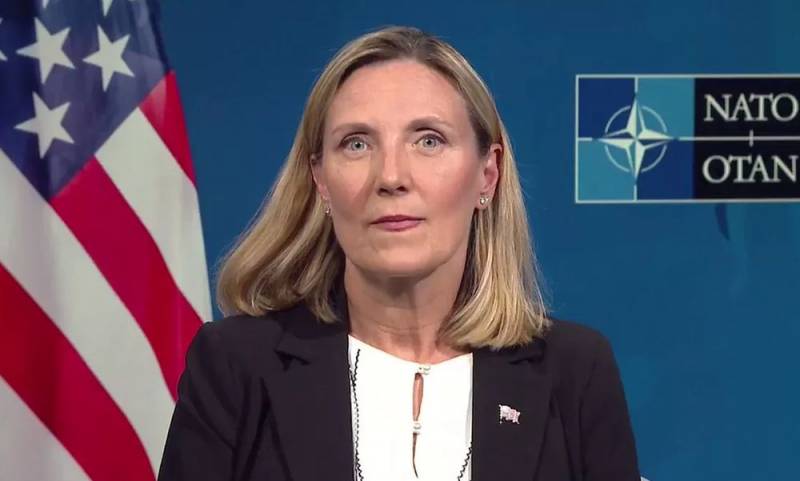 Thompson said that she was discussing with Chinese "comrades" the issue of Beijing joining the INF Treaty, but did not find understanding. She spoke about this at the Carnegie Endowment conference in Washington, where Russian Ambassador to the United States Anatoly Antonov warned The United States that Russia may refuse to extend the START / START-3.

Based on my talks with my Chinese colleagues, I can tell you that the Chinese side is not interested in this. <...> They will have to destroy most of their arsenal [in that case], which I do not expect
- Thompson noted without optimism.

Thompson emphasized that the Chinese "comrades" have no "appetite" at all with regard to any arms control treaties. She clarified that, given the current international situation, “it does not consider it feasible” that Beijing ratifies the Comprehensive Test Ban Treaty (CTBT) as well.

It should be noted that at present Washington is carefully dismantling the whole range of bilateral treaties (of a military nature and global security system) that existed and still partially operates between the USA and the USSR / Russia.
Ctrl Enter
Noticed oshЫbku Highlight text and press. Ctrl + Enter
We are
Russia has warned the United States of its possible refusal to renew the START / START-3
US State Department: Chinese missile threat is not the reason for leaving the INF Treaty
Reporterin Yandex News
Read Reporterin Google News
Ad
We are open to cooperation with authors in the news and analytical departments. A prerequisite is the ability to quickly analyze the text and check the facts, to write concisely and interestingly on political and economic topics. We offer flexible working hours and regular payments. Please send your responses with examples of work to [email protected]
1 comment
Information
Dear reader, to leave comments on the publication, you must sign in.