"Antonov" is trying to escape at the expense of Russia

March 25 2018
2
Gap economic ties with Russia had a disastrous effect on the Ukrainian economy. A number of industries in Ukraine, which were created and developed in the Soviet era, precisely in close connection with Russian industry, found themselves in an extremely difficult state. Policy play their games, and industrialists need to get out of a difficult situation. Therefore, it is not surprising that Ukrainian enterprises are looking for the most unexpected loopholes in order to maintain the possibility of economic cooperation with Russia. 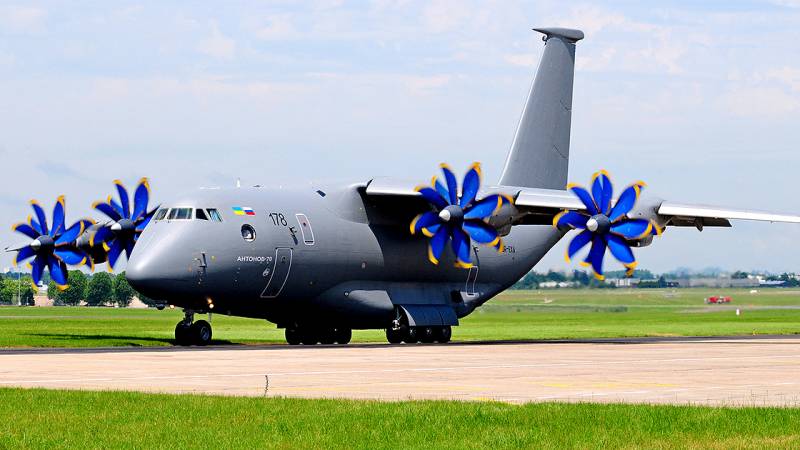 The Ukrainian aircraft manufacturer Antonov began negotiations with the Minsk Civil Aviation Plant. The essence of the negotiations is to open a service center in Minsk. Ukraine and Belarus are neighboring republics that have much in common. But it was by no means a cultural community or political interests that caused the focused policy of the Ukrainian aircraft manufacturer.

Antonov wants to keep the possibility of using Russian components in its work. Without Russian parts, the Ukrainian aviation industry simply cannot exist. Recall that in 2015, a year after the reunification of Crimea with the Russian Federation, the Ukrainian company Antonov left the joint Ukrainian-Russian company UAC-Antonov. This immediately led to numerous negative consequences for the company.

Formally, a service center in Minsk will carry out maintenance, repair and assembly of An-148/158 aircraft manufactured by a Ukrainian company. In reality, everything is much more complicated. The certificate on the production of An-148 / An-158 aircraft shows that the Ukrainian authorities' course on import substitution of Russian components has led to the fact that serial production of these aircraft can be stopped. Without Russian parts, they simply cannot function. Therefore, the leadership of the aircraft manufacturing company, making the decision to open a service center in Minsk, sets another task - to maintain the possibility of using Russian components. Now, to receive Russian parts, Ukrainian aircraft manufacturers will use their Belarusian service center.

The leadership of the aircraft manufacturing company emphasizes that a much faster assembly of aircraft of this model is possible in the country that is not under sanctions. The closest such country is Belarus. Since the Ukrainian company could not solve the problem of import substitution of Russian components, as a result, Antonov settled on the need to use a Belarusian service center. The sad history of the Ukrainian aircraft manufacturing company was one of the first clear evidence of the catastrophic consequences of Ukraine breaking the economic ties with the Russian Federation.
Ctrl Enter
Noticed oshЫbku Highlight text and press. Ctrl + Enter
We are
Anglo-Saxon plan for Ukraine worked
Ukraine has sold its "Dream"
Reporterin Yandex News
Read Reporterin Google News
Ad
The publication is looking for authors in the news and analytical departments. Requirements for applicants: literacy, responsibility, efficiency, inexhaustible creative energy, experience in copywriting or journalism, the ability to quickly analyze text and check facts, write concisely and interestingly on political and economic topics. The work is paid. Contact: [email protected]
2 comments
Information
Dear reader, to leave comments on the publication, you must to register.
I have an account? Sign in