March 11 2019
0
A series of catastrophes of passenger aircraft of the latest generation Boeing 737 Max suggests that the company's popularity and size are not a guarantee of the safety of its aircraft. 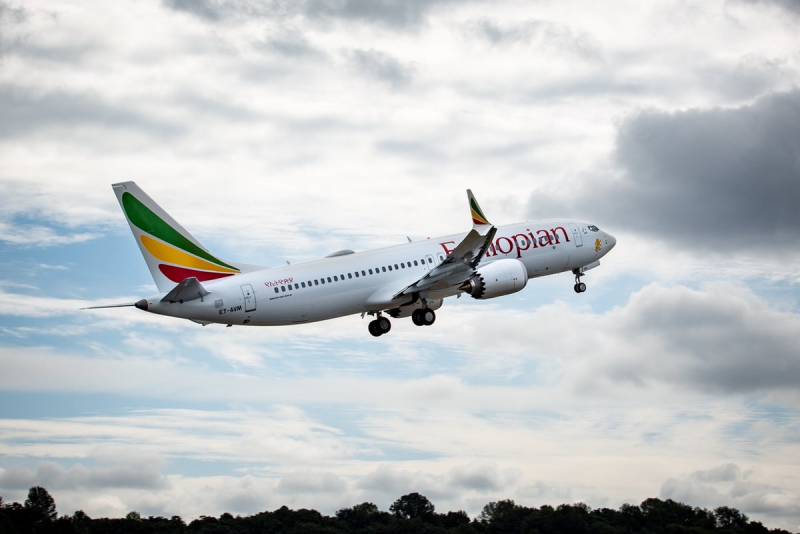 The press service of the corporation announced that the management and staff of the company were deeply saddened by the accident in Ethiopia and postponed scheduled for March 13 presentation of a new model of a passenger aircraft with widespread press coverage.

Recall that the tragedy that occurred in the sky of Ethiopia was the second in the last six months, the culprits of which were American airliners of the Boeing 737 Max model, which today are the most sold out in the line of the corporation.

On October 29, 2018, the Boeing 737 Max crashed into the Java Sea, serving domestic routes and owned by the largest Indonesian airline Lion Air. The catastrophe claimed the lives of 181 passengers (including 3 children) and 8 crew members.

Even then, Boeing Corporation announced that aircraft control systems can give erroneous data, and this, in turn, could bring the plane to a steep peak.
Ctrl Enter
Noticed oshЫbku Highlight text and press. Ctrl + Enter
We are
China temporarily banned the operation of the Boeing 737 MAX
The hijacked plane landed. Insecure offender
Reporterin Yandex News
Read Reporterin Google News
Ad
We are open to cooperation with authors in the news and analytical departments. A prerequisite is the ability to quickly analyze the text and check the facts, to write concisely and interestingly on political and economic topics. We offer flexible working hours and regular payments. Please send your responses with examples of work to [email protected]
Information
Dear reader, to leave comments on the publication, you must sign in.