Experts reported on the state of the global arms market

March 11 2019
0
On March 11, 2019, the Stockholm International Peace Research Institute (SIPRI), on the basis of new data on arms transfers, published a fresh report on the state of world trade in conventional weapons. The document notes that the United States and Russia remain the main exporters and leaders, from 2014 to 2018. 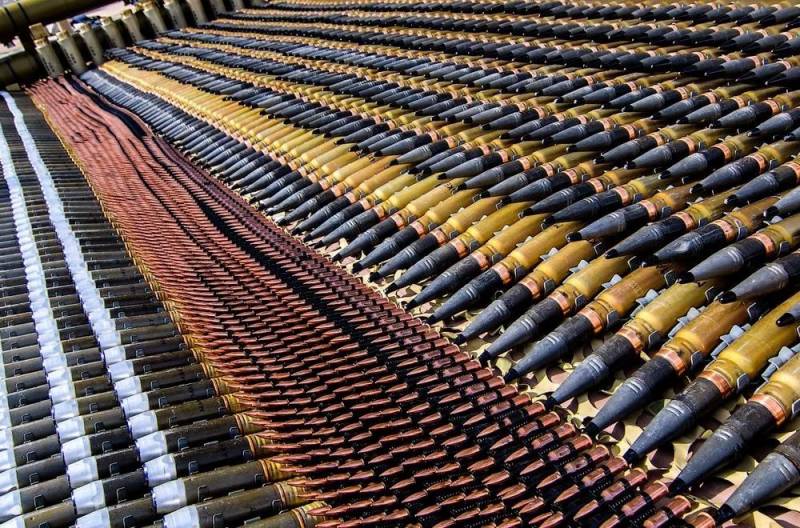 It is noted that for the specified five-year period, deliveries increased by 7,8% compared with the previous period (2009-2013) and increased by 23% compared with the year before last five-year period (2004-2008). It is specified that the five largest exporters (USA, Russia, France, Germany and China) together provide 75% of the market. The joint share of the USA and Russia accounts for 57%.

At the same time, the flow of arms to the Middle East has grown, while to other regions of the planet, on the contrary, it has decreased. The largest importers were Saudi Arabia, Egypt, Israel, Qatar and Iraq.

At the same time, the volume of arms sales by Moscow decreased by 17% compared with the previous five-year period. And if from 2009 to 2013, the volume of sales of Russian weapons on the world market was 27%, then in the new period (2014-2018) it is 21%. The decline in Russian exports can be explained by a decrease in supplies to Venezuela and India. Although New Delhi is still No. 1 buyer for Moscow, despite a 42% drop in supplies. As for Venezuela, which was the fifth largest buyer of Russian weapons in the previous five-year period, during 2014 - 2018 the export of Russian weapons to this Latin American country decreased by 96%.

It is reported that in 2014-2018, Russia exported arms to 48 countries. Moreover, 55% of the total accounted for India, China and Algeria. If we take into account the regions of the planet, then 60% of supplies fell to Asia and Oceania, 17% to Africa, 16% to the Middle East, 5,8% to Europe and 1,4 to the Western Hemisphere as a whole. It is emphasized that Russian supplies to the Middle East grew by 19%. At the same time, 46% of deliveries are to Egypt and 36% to Iraq, the two largest buyers in this region, who previously purchased significantly less Russian weapons ...

As regards American arms exports, in the last five years, Washington has managed (not without the use of "administrative resources") to increase its market share from 30% to 36%. Moreover, 52% of US military exports accounted for the Middle East. In general, American weapons were sold in 98 countries of the world. In fact, the United States managed to strengthen its position as a leading arms exporter in the world.

France and Germany in 2014-2018 increased sales of their weapons by 43% and 13%, respectively. The total volume of military exports of all EU countries amounted to 27% of the global volume.

As for China, in the indicated period its export supplies increased by only 2,7%. Although in the previous period there was an increase in arms exports by 195%.

In addition, such small arms exporters as Israel, South Korea and Turkey have increased their volumes by 60%, 94% and 170%, respectively.
Ctrl Enter
Noticed oshЫbku Highlight text and press. Ctrl + Enter
We are
Russia may lose second place in arms exports
The European Union is calling to start an energy revolution against Russia
Reporterin Yandex News
Read Reporterin Google News
Ad
The publication is looking for authors in the news and analytical departments. Requirements for applicants: literacy, responsibility, efficiency, inexhaustible creative energy, experience in copywriting or journalism, the ability to quickly analyze text and check facts, write concisely and interestingly on political and economic topics. The work is paid. Contact: [email protected]
Information
Dear reader, to leave comments on the publication, you must to register.
I have an account? Sign in