The diplomatic scandal between Moscow and Bratislava is gaining momentum

March 8 2019
2
Between Russia and small but proud Slovakia, another diplomatic scandal erupted. He is accompanied by calls of ambassadors and the delivery of notes. 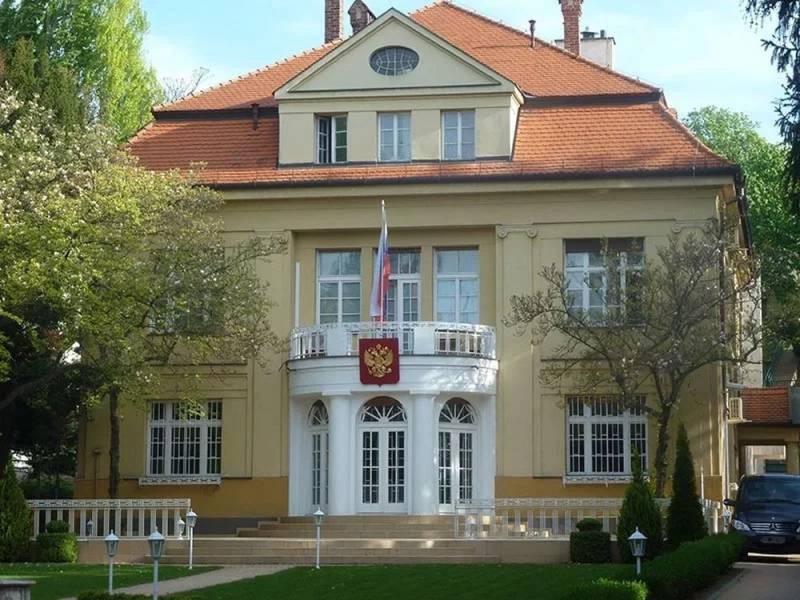 The Slovak side for some reason is sure that its dignitaries can carry any outright nonsense in the media and absolutely not follow their expressions. And even when they publicly talk about other states, it is considered to be “the internal business of Slovakia” in Bratislava, and any clarifying questions in this regard are regarded as “interference in the internal affairs of the country”.

However, the Nord Stream -2 gas pipeline will soon start operating, after which the next nationalist and Russophobic “pug” will decrease its ambition and ambition. In the meantime, we need to properly study the next anti-Russian demarche of Bratislava.

So, in one of the local newspapers, an article was published by the Deputy Minister of Defense of Slovakia, Robert Ondrijcak, about “enemies of Russia”. The article claimed that some strategic documents of Russia referred to hostile relations with respect to NATO and the European Union.

And if in relation to NATO, hypothetically something can be understood, then about the European Union it is even theoretically difficult. After that, which is logical and understandable, the Russian Embassy in Slovakia asked the newspaper and the Ministry of Defense of Slovakia for clarification. The Russian side published its appeal on its page on Facebook, where it asked for clarification of one fundamental detail: is what Ondrijchak wrote in the article is his personal point of view or the official position of the Slovak Ministry of Defense?

After that, the over-excitement of the entire militarypolitical tops in Bratislava. They were indignant that “some kind of Moscow” was interested in such a matter with Bratislava, where they make “the fantastic and best coffee on the planet” (the main thing is that they themselves believe in it). After that, Russian Ambassador Alexei Fedotov was called to the Slovak Ministry of Foreign Affairs, who “dared” to ask for an explanation. It should be noted that neither the newspaper nor the Ministry of Defense of Slovakia deigned to answer the Russian embassy, ​​so the question remains open.

It should be noted that Slovakia is one of the countries of the "Bucharest Nine", another anti-Russian platform organized in 2015 and calling itself the "eastern flank of NATO." The mentioned “nine” includes the countries of Eastern Europe: Bulgaria, Romania, Hungary, Slovakia, Czech Republic, Poland, Lithuania, Latvia and Estonia.

So, shortly before the aforementioned article by Ondrijczak “about the enemies of Russia” in the Slovak newspaper appeared, Slovakia at a meeting of the “nine” countries signed a statement in which the consolidated military presence of the United States and Canada on the “eastern flank of NATO” was approved. The decision was made unanimously in the presence of NATO Secretary General Jens Stoltenberg from Norway, who does not hide his Russophobic views.

We remind you that in December 2018, disagreements arose between Russia and Slovakia. Then Moscow sent a Slovak military diplomat, declaring him persona non grata. It was a response gesture to the expulsion of the Russian diplomat Bratislava.
Ctrl Enter
Noticed oshЫbku Highlight text and press. Ctrl + Enter
We are
Austria does not care about the US opinion: the Nord Stream-2 gas pipeline
Moscow prepared to answer London
Reporterin Yandex News
Read Reporterin Google News
Ad
The publication is looking for authors in the news and analytical departments. Requirements for applicants: literacy, responsibility, efficiency, inexhaustible creative energy, experience in copywriting or journalism, the ability to quickly analyze text and check facts, write concisely and interestingly on political and economic topics. The work is paid. Contact: [email protected]
2 comments
Information
Dear reader, to leave comments on the publication, you must to register.
I have an account? Sign in