March 6 2019
1
On March 5, 2019, the press service of the Northern Fleet of Russia disseminated information that a detachment of its ships and vessels began to pass the English Channel. The aforementioned squad includes: the multifunctional logistics vessel Elbrus, the rescue tug Nikolay Chiker, the medium sea tanker Kama, and the frigate detachment with URO Admiral of the Fleet of the Soviet Union Gorshkov (project 22350). 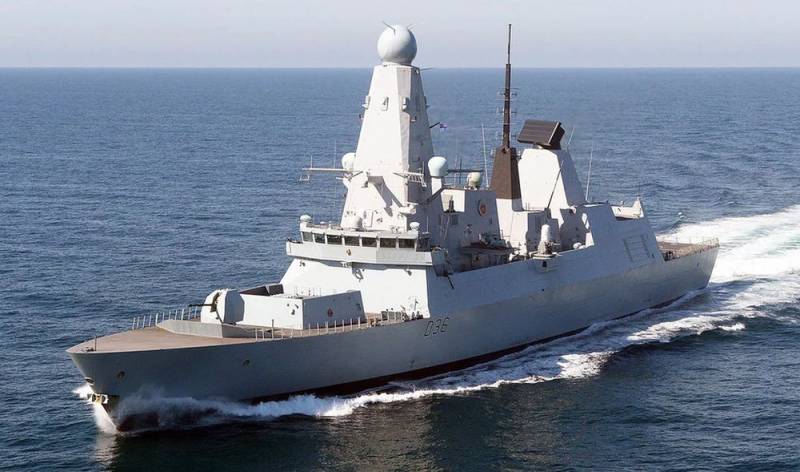 By the way, for the frigate, this is the first long-distance sea voyage that began on February 26, 2019. After leaving Severomorsk, the detachment overcame more than 1,6 thousand nautical miles and conducted several exercises.

On March 6, 2019, it became known that the detachment of the Russian Navy, passing off the coast of Great Britain, was accompanied by a destroyer (Type-45 air defense destroyer of the Daring class) of the Royal Navy HMS Defender (Defender, D36). This was reported from the shores of Misty Albion.

Together with our allies, we will continue to escort Russian ships in international waters off our coast in order to make sure that all protocols are followed during the movement of (Russian ships)
- According to the press service of the British Navy, which quotes the captain of his destroyer.

It is noted that HMS "Defender" left the port of Newcastle on March 2, 2019. He arrived in the patrol area on the eve of the start of the passage of the Russian Channel Navy Channel.
Ctrl Enter
Noticed oshЫbku Highlight text and press. Ctrl + Enter
We are
Germany sends a military ship to the Black Sea
The British Parliament will again discuss Brexit
Reporterin Yandex News
Read Reporterin Google News
Ad
We are open to cooperation with authors in the news and analytical departments. A prerequisite is the ability to quickly analyze the text and check the facts, to write concisely and interestingly on political and economic topics. We offer flexible working hours and regular payments. Please send your responses with examples of work to [email protected]
1 comment
Information
Dear reader, to leave comments on the publication, you must sign in.