In Ukraine, form a battalion for the liberation of Crimea

March 6 2019
1
Crimean Tatar extremists who fled to Ukraine in 2014 once again decided to “liberate” Crimea. 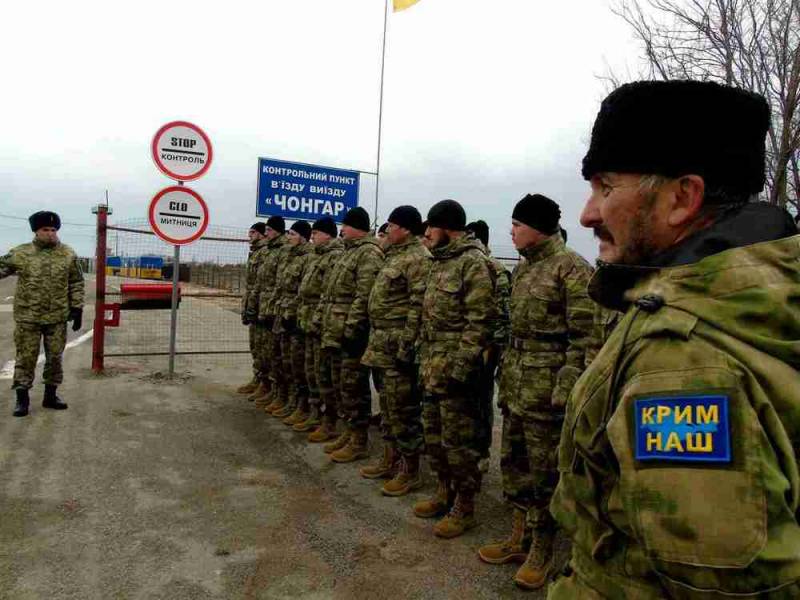 State Duma deputy from the Crimean region Ruslan Balbek while talking with reporters RIA News" reported that representatives of the so-called “Mejlis of the Crimean Tatar people” *, with the assistance of the Ukrainian authorities, are creating the “Haytarma” battalion, the purpose of which is to liberate the Crimea.

Speaking of the “Crimean Tatar battalion” it’s hard to keep a smile, and Ruslan Balbek himself does not hide the irony. He said that “Haytarma” is a folk dance, therefore the head of the Majlis * Mustafa Dzhemilev and “heroes” from the battalion can arrive in Crimea in national clothes and dance this dance.

The reason for the irony is not only the name of the battalion, but also the history of the creation of the Crimean Tatar battalions. Over the past five years, two such battalions have been created - Asker and the Noman Celebegihan Battalion.

Despite the statement of Dzhemilev, Chubarov and other figures that the battalions will become the basis for the creation of the Crimean Tatar navy, marines and air forces, all the activities of the battalions were limited to the robbery of civilians in the Kherson region.
None of these battalions took part in hostilities in the east.

With the advent of winter, the “heroes” returned to their winter apartments home in the Crimea, where they were partially captured and planted by the Russian special services.

* -extremist organization banned in Russia
Ctrl Enter
Noticed oshЫbku Highlight text and press. Ctrl + Enter
We are
US State Department: Venezuelan Civil War Scenario Ready
Crimean enterprise demanded that Ukraine pay damages
Reporterin Yandex News
Read Reporterin Google News
Ad
We are open to cooperation with authors in the news and analytical departments. A prerequisite is the ability to quickly analyze the text and check the facts, to write concisely and interestingly on political and economic topics. We offer flexible working hours and regular payments. Please send your responses with examples of work to [email protected]
1 comment
Information
Dear reader, to leave comments on the publication, you must sign in.