Why EUCOM requires more power to contain Russia in Europe

March 5 2019
0
At the head of the headquarters of the NATO Joint Armed Forces in Europe, i.e. The supreme commander in chief is always an American four-star general or admiral. Currently, he is the US Army General Curtis Michael “Mike” Scaparrotti (Curtis Michael “Mike” Scaparrotti), who is also the current commander of the European Armed Forces of the United States (United States European Command, USEUCOM, EUCOM). 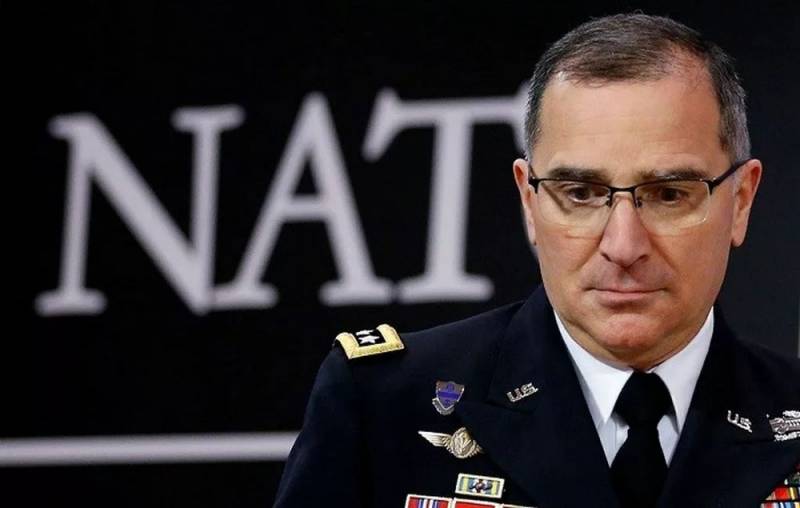 So, this general, professionally holding his nose in the wind and dreaming of the chair of the head of the Pentagon, suddenly needed additional forces and means to deter Russia in the framework of the European Defense Initiative. He so bluntly stated that under his strict guidance, EUCOM had already begun to lay budgetary foundations for ensuring the rapid deployment of fourth and fifth generation combat aircraft, as well as bombers. But that is not all.

That is, the general wants money, because all these "improvements" do not occur for free. Moreover, they are becoming more and more expensive every year. For example, his colleague from Afghanistan, not so long ago, earned more than $ 20 million at just one ordinary gas station. This became known to the general public, but there were no consequences - escaped with a slight startle. And why is General Scaparotti worse?

Therefore, his command is working closely with the Pentagon to increase the rotational presence of US destroyers with missile weapons, aircraft carrier groups and submarines. Indeed, for the increased amount of manpower and means, appropriate infrastructure is needed, and this is money.

All this provides a lethal combat force that will deter our opponents and counter the growing threats in the underwater area
- the general specifies, perfectly understanding that his supreme commander-in-chief Donald Trump is now not up to the war with Russia. The US presidential election is coming soon, in November 2020.

Scaparrotti recalled that the 2019 budget (the fiscal year begins on October 1) seems to be aimed at expanding the air defense / missile defense architecture in Europe. In addition, the general urgently needed “additional capabilities” in the field of intelligence.

From this we can assume that the experienced and cunning General Scaparrotti is trying, under the guise of clarifying relations between Russia and the United States regarding the INF Treaty, to "cut off a decent piece of a budget pie" for himself. And the greater the degree of anti-Russian hysteria, the higher the chances of getting money. Generals like Scaparotti will sooner or later make the US poor.
Ctrl Enter
Noticed oshЫbku Highlight text and press. Ctrl + Enter
We are
In Russia recorded three million cyber attacks from the United States
Details of US Cyber ​​Attack on Russian Troll Factory Revealed
Reporterin Yandex News
Read Reporterin Google News
Ad
We are open to cooperation with authors in the news and analytical departments. A prerequisite is the ability to quickly analyze the text and check the facts, to write concisely and interestingly on political and economic topics. We offer flexible working hours and regular payments. Please send your responses with examples of work to [email protected]
Information
Dear reader, to leave comments on the publication, you must sign in.