"Turkish Stream-2": will Russia step on the "Bulgarian rake" again?

March 6 2019
14
While passions are boiling around the Nord Stream 2 pipeline, the Turkish Stream gas pipeline is gaining speed. One of its branches will feed Turkish consumers, the second (Turkish Stream-2), according to data on the reservation of pipeline capacities by European operators, will pass through Bulgaria, Serbia and Hungary to Slovakia. It turns out that Gazprom again rests on Bulgaria, with which it has already received a lot of problems. Is it worth it to step on the same rake again? 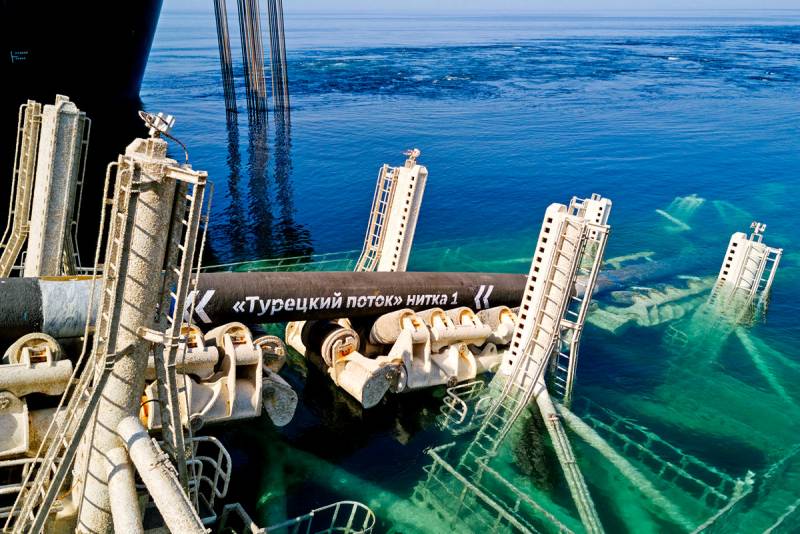 We are talking about the failed South Stream gas pipeline, which was supposed to go along the bottom of the Black Sea with access to Bulgaria in the port of Varna. Its cost was estimated at 16 billion euros, and the design capacity - at 63 billion cubic meters of gas per year. The project was extremely beneficial for Bulgaria itself, as it provided it with reliable supplies of inexpensive "blue fuel", and also guaranteed the receipt of transit payments to the budget.

Unfortunately, under pressure from the European Commission and Washington, Sofia began, contrary to her own interests, fixing obstacles to the South Stream. The work was halted twice, and Bulgaria frankly dragged on granting permission to lay a pipeline through its territory. The result turned out to be logical: the Kremlin abandoned the South Stream because of the unconstructive position of Sofia in favor of the Turkish Stream.

The Turkish Stream looks more modest compared to its predecessor. These are just two strands with a capacity of 31,5 billion cubic meters per year, only one of which will go further to Southern and Southeast Europe. But Ankara behaves, unlike Sofia, more rationally and carefully. The Bulgarian authorities have expressed a desire to host a string of pipelines exiting Turkish territory. Russian Prime Minister Medvedev went to negotiate with President Boyko Borisov to find out the seriousness of Sofia’s intentions this time around. He stated that he was waiting for guarantees that the project would not be “merged” again:

I do not mean from the side of the Bulgarian government, I mean when the European Commission will provide reliable guarantees that in the future this project will not fall apart and there will be no obstacles to it.

Alas, the risks of relapse are very high. Bulgaria is historically closely connected with Russia, the Bulgarian and Russian peoples are very close. Currently, many Russians live in Bulgaria itself; even domestic pensioners are warmly welcomed there. But Sofia, located on the periphery of the European Union, remains under the serious influence of both Brussels and Washington, which has already been repeatedly demonstrated.

It is enough to recall the fate of the Bulgarian Belene NPP. In 2006, Rosatom won a tender for its construction, but a few years later the project was frozen and then completely closed. Despite the destructive nature of such actions, the Bulgarian authorities then seemed to be "bleached overeat". Now, President Borisov again spoke about the possibility of resuming construction. Rosatom needs to think hard whether it is worth re-entering this project. Let's not forget that Bulgaria joined the anti-Russian sanctions, which is why it itself has suffered significantly. So, the trade turnover between our countries fell from 5 billion dollars to 3 billion.
Ctrl Enter
Noticed oshЫbku Highlight text and press. Ctrl + Enter
We are
It's important3
The problem of Ukraine: why is the Turkish Stream more dangerous than the North?
Why did Gazprom turn back to Bulgaria?
Reporterin Yandex News
Read Reporterin Google News
14 comments
Information
Dear reader, to leave comments on the publication, you must to register.
I have an account? Sign in