Europe runs out of gas. Nothing threatens Nord Stream 2

March 5 2019
19
The Nord Stream-2 gas pipeline, despite obstacles posed by the United States and its vassals, continues to be built. Despite the difficult relationship with the Kremlin, Berlin continues to defend the project, and transit countries issued permission for it. Why is the German Chancellor so stubborn? The respected American analytical agency Bloomberg recognized the correctness of Angela Merkel. 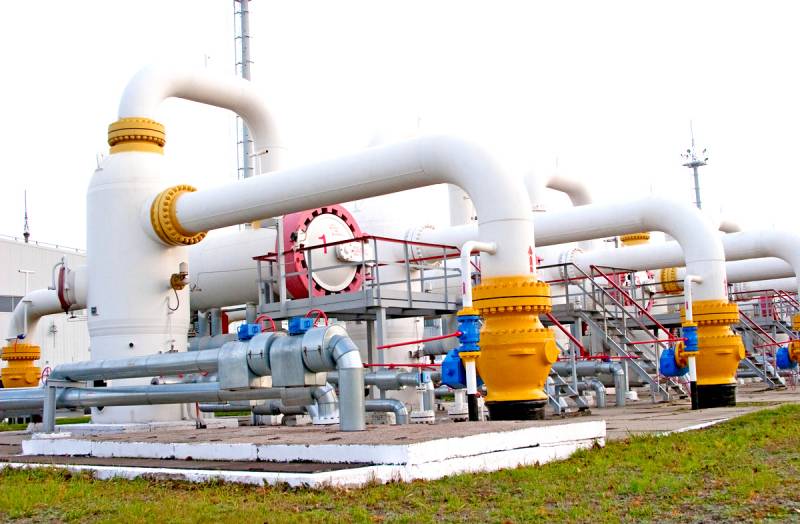 In fact, the issue is much more global, and it concerns not only Germany, but also the whole of Europe. The old world turns into an importer of gas, oil, coal and other mineral fuels, and this process is irreversible. To date, only Norway continues to export hydrocarbons, but its production growth potential has hit a plateau. Own energy fields in Europe, the development of which is cost-effective, are almost exhausted. The closure of production in the giant gas basin Groningen, owned by the Netherlands, was very significant. Once an exporter of “blue fuel”, Holland turned into a net importer of it.

The population of the European Union is just over half a billion people, together with countries not belonging to the EU, about 550 million people live in the Old World, which makes it one of the most densely populated regions on the planet. As of 2017, energy consumption amounted to 1689 tons of oil equivalent (TNE), that is, 13% of the global total. Due to the high standard of living of the population and developed industry, these figures are only growing. It turns out that not only Russia as an exporter but also Europe as an importer sits on the “energy needle”.

This is not to say that the EU is not trying to "get off" it. This can best be demonstrated by the example of Germany, the leading EU country. The structure of its energy consumption today is as follows: nuclear power plants - 13%, natural gas - 7%, coal - 38%, renewable sources (VOI) - about 40%. After the accident at the Japanese Fukushima in Germany, it was decided to abandon the use of nuclear energy. Existing nuclear power plants quietly finalize their deadlines and close, but no longer build new ones. Under pressure from environmentalists and the Paris climate agreement, the Germans began to abandon dirty coal. In Germany they say:

However, everything is not as simple as we would like. Wind energy and solar energy are very good, but they themselves are rather unreliable, because they are not able for objective reasons to guarantee continuous generation of electricity. What if the wind died down and the sky was overcast?

How many windmills and solar panels do not install, they will not be able to fully replace coal and nuclear generation. But gas turbines are able to not only replace it, but also quickly “support” the lost power of VOI during a long calm or heavy cloud cover. And for gas turbines you need "blue fuel", a lot and preferably inexpensively. And here the root of the conflict between the US and Gazprom arises. Bloomberg writes:

Germany is preparing one of the largest sustained increases in natural gas consumption in nearly two decades, despite US warnings that it should not receive so much of its energy from Russia.

American analysts admit that the gas issue is a key one for Angela Merkel, since it is not possible to replace coal and nuclear power plants in the foreseeable future. Therefore, the chancellor also supports Nord Stream-2, despite the strongest pressure from Washington. Pipeline gas is trite cheaper than LNG, which the Americans are trying to impose on Germany. It should be noted that Berlin does not refuse LNG, considering it an additional contribution to the diversification of supplies. LNG from the United States, Russia and Qatar will go to the Federal Republic of Germany, however, Russian has some competitive advantages due to less delivery leverage and transportation losses.

A similar situation is observed in other countries of the European Union. For example, Poland is building a gas pipeline from Norway, concluding long-term contracts for the supply of LNG from the United States and Great Britain, and at the same time trying to negotiate with Gazprom more favorable conditions for gas supplies from Russia.
Ctrl Enter
Noticed oshЫbku Highlight text and press. Ctrl + Enter
We are
Refusal of Russian gas: China is preparing an energy revolution
No Resistance: Why Russian Gas Captures Europe So Fast
Reporterin Yandex News
Read Reporterin Google News
Ad
We are open to cooperation with authors in the news and analytical departments. A prerequisite is the ability to quickly analyze the text and check the facts, to write concisely and interestingly on political and economic topics. We offer flexible working hours and regular payments. Please send your responses with examples of work to [email protected]
19 comments
Information
Dear reader, to leave comments on the publication, you must sign in.