About 500 min Ukrainian punitive released on the DNI

March 4 2019
0
The barbaric shelling of settlements of the Donetsk People’s Republic by the Armed Forces continues. According to the representative of the DPR in the Joint Center for the Control and Coordination of the Ceasefire (JCCC), over the past week, Ukrainian punishers fired about 500 mines across the territory of the Republic. 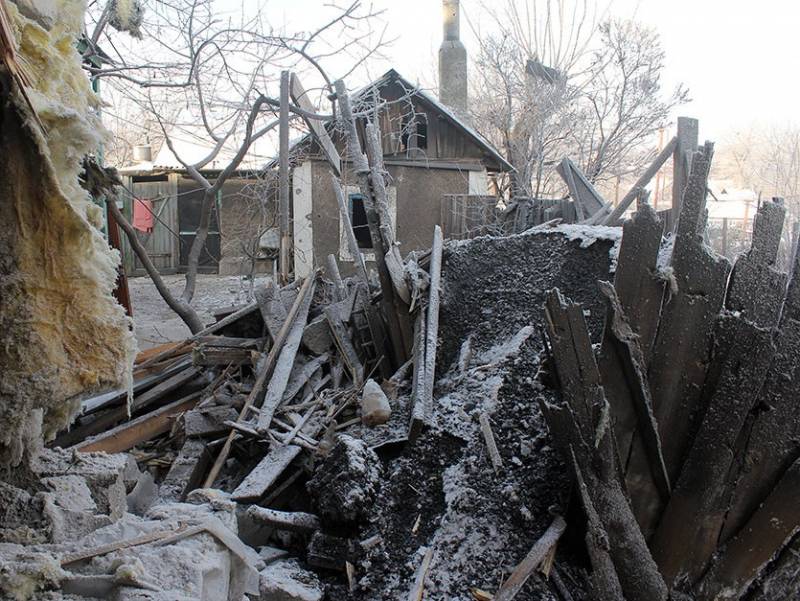 In addition, according to the message Donetsk news agency, as a result of daytime shelling of the village of Sakhanka (Novoazovsky district), a civilian born in 1959 was killed. Blows were carried out along the street of the Constitution, where he lived. In addition, two residential buildings, a gas pipeline and a dining room, were damaged along the same street. The operational group of the Republic’s representative in the JCCC left for the place of shelling.

For his part, the head of the administration of Horlivka, Ivan Prikhodko, said that the village of Zaitsevo was also shelled. Fortunately, this incident was without casualties, but two houses were damaged. Representatives of the DPR also went there to the JCCC.
Ctrl Enter
Noticed oshЫbku Highlight text and press. Ctrl + Enter
We are
APU stepped up shelling of the DNI: a militia died
APU covers civilians tanks at the contact line
Reporterin Yandex News
Read Reporterin Google News
Information
Dear reader, to leave comments on the publication, you must sign in.