March 4 2019
1
On March 4, 2019, the British special services celebrate the anniversary of the start of the operation - "Poison your neighbor." After all, on March 4, 2018 in Salisbury they poisoned the Skripals family, and then another family in the town next door. Moreover, whether the Skripals are alive and where they are are still not clear. 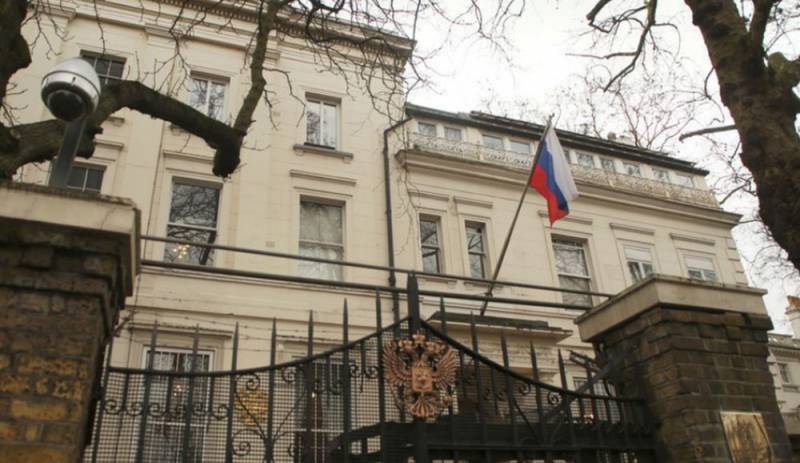 But the performance of the main inspirer, specialist and ideologist - Prime Minister Theresa May is expected. Prior to this, the “Iron Lady” headed the Ministry of Internal Affairs and the ancient traditions of the poisoners were restored under her. So far, the UK has been playing this “game” with itself, but it really wants to draw Russia and other countries into it.

Recently we Reported, as a guy from another poisoned British family, he is very actively trying to attract the attention of Russian President Vladimir Putin and even writes him some letters. And before that, the “third Russian” appeared in Great Britain, who managed to “inherit” it in Bulgaria and now in this Balkan country there is a similar investigation about poisoning.

In this regard, perhaps not in vain, the Russian embassy in Great Britain does not exclude the possibility that the former GRU colonel Sergei Skripal and his daughter Julia are no longer in the territory of Foggy Albion. That is how, on March 3, 2019, a spokeswoman for the Russian diplomatic mission commented on information from the British media that the representative of the Ministry of Defense of the United Kingdom on March 1, 2019 laid flowers on the grave of Sergei Skripal's wife. It must be added that the British media are very fond of “savoring” such “humanitarian” topics, putting pressure on pity, touching soul strings, this is their favorite tactic, they have not been cheating on it for decades.

Allegations of the impossibility of organizing a personal visit to the Skripals to the grave and sounding regrets about this look extremely hypocritical. Such an in absentia laying of flowers clearly confirms that the Skripals are deprived of the opportunity to move freely, are under the complete control of the British intelligence services, and possibly already taken out of the UK
- said the diplomat.

In addition, the diplomat drew attention to reports in the British media about the deterioration of Skripal's health. At the same time creating the appearance of the “persecution” of Skripals by Russian special services, supporting the public opinion about the “Russian threat”.

It must be added that before this a whole performance was played in the British media. The public was told that since Skripal and her daughter allegedly could not themselves honor the memory of Lyudmila Skripal (she died of oncology in 2012), an employee of the British military department did this for them. She always does, walks in cemeteries and wears flowers. At the same time, representatives of the UK do not cease to repeat that Skripali (Julia and Sergey) are alive, they just do not want to meet with representatives of the Russian embassy.
Ctrl Enter
Noticed oshЫbku Highlight text and press. Ctrl + Enter
We are
The British ambassador assured that the creaks were alive
"Mission accomplished": Theresa May reported on the fight against Russian spies
Reporterin Yandex News
Read Reporterin Google News
Ad
We are open to cooperation with authors in the news and analytical departments. A prerequisite is the ability to quickly analyze the text and check the facts, to write concisely and interestingly on political and economic topics. We offer flexible working hours and regular payments. Please send your responses with examples of work to [email protected]
1 comment
Information
Dear reader, to leave comments on the publication, you must sign in.