US threatens Arab countries to restore ties with Damascus

March 4 2019
0
As you know, Syrian President Bashar al-Assad survived, despite the fact that back in 2011, the West said that he had "a few days". At that time, the Arab states were desperately breaking off relations with official Damascus. In the same year, Syria was expelled from the League of Arab States. 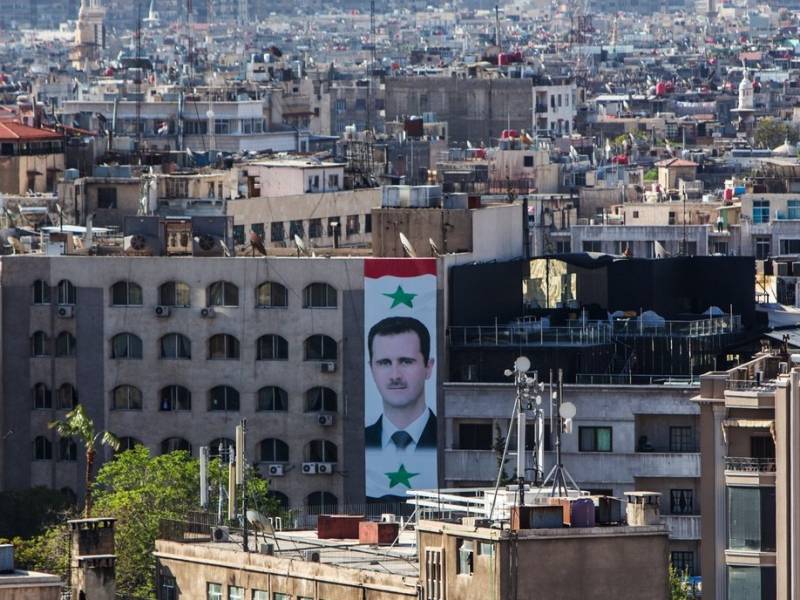 Now, when it turned out that the positions of the Syrian leadership are much stronger than it seemed, these countries, one after another, are trying to restore broken ties.

However, Washington stands in their way. Thus, the American newspaper The Washington Post, referring to sources in the US administration, reports that the efforts of several Arab states to establish relations with Syria were suspended. The reason for this is the position of the United States.

In particular, on December 27, 2018, the leadership of the United Arab Emirates announced its desire to open its embassy in Damascus. After that, a number of Arab states came up with the same idea.

The United States was alarmed that after eight years of isolation, it seemed to them, the disgraced Syrian leader would be re-accepted in the Arab world. Then, according to sources, the administration of US President Donald Trump began to warn the Middle East from such decisions.

Threats of sanctions rained down on countries wishing to restore relations with Damascus and take part in the post-war reconstruction of Syria. These measures, as they say in Washington, are aimed at forcing the Syrian leadership to go on "political reform. "

In fact, we are not talking about reforms at all. The United States is still trying to achieve a change of power in Syria, as well as the fact that forces associated with Iran have withdrawn from this country.

However, there is one more force that is hard to ignore - Russia. She, on the contrary, calls on the Arab countries to restore relations with Syria.

The American newspaper, however, sees this as a desire to reduce Iranian influence - according to the author of the article, Moscow also calls on the Arabs to strengthen ties with Damascus precisely for this purpose.
Ctrl Enter
Noticed oshЫbku Highlight text and press. Ctrl + Enter
We are
US State Department: Venezuelan Civil War Scenario Ready
CIA: Jamal Kashoggi murder customer installed
Reporterin Yandex News
Read Reporterin Google News
Ad
The publication is looking for authors in the news and analytical departments. Requirements for applicants: literacy, responsibility, efficiency, inexhaustible creative energy, experience in copywriting or journalism, the ability to quickly analyze text and check facts, write concisely and interestingly on political and economic topics. The work is paid. Contact: [email protected]
Information
Dear reader, to leave comments on the publication, you must sign in.