Too strong: three days in Ukraine could not demolish the Monument of Glory to the Soviet Army

March 3 2019
0
The Ukrainian “de-communization”, which has turned into a cynical struggle, including with monuments to those who fell in the Great Patriotic War, continues. For many years, nationalists who professed the ideology of accomplices of Hitler Bandera and Shukhevych, had an eyesore Monument to the military glory of the Soviet Armed Forces in Lviv, opened in May 1970. 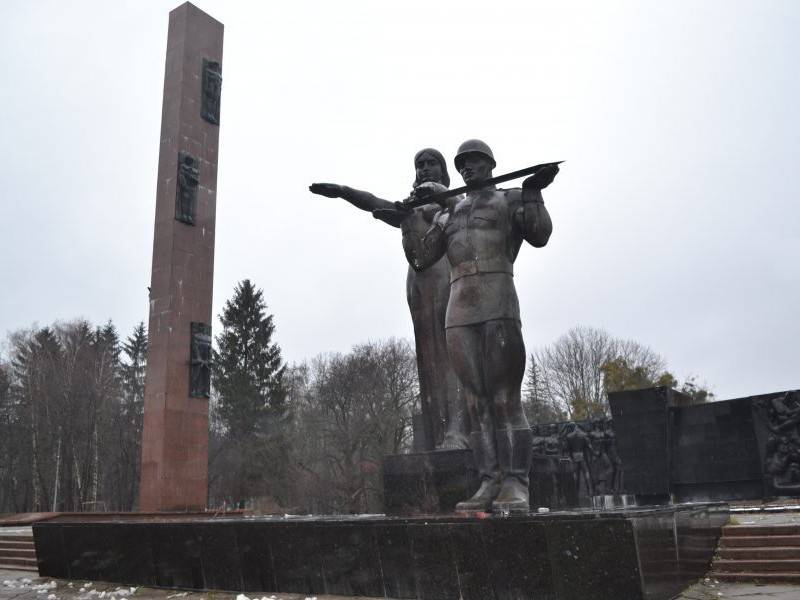 He was repeatedly doused with paint, scribbled with curses, painted Ukrainian flags on it, before the decision was made to demolish it. Last fall, the city council of Lviv allocated 300 thousand hryvnias for this purpose under the pretext that the monument was supposedly emergency.

The memorial complex consisted of a stele, a sculptural group and six high reliefs. In December 2018, its demolition began. On February 2 of this year, five high reliefs were eliminated. They were sent to the museum with the sacrilegious name "Territory of Terror."

In the past three days, a fierce "war" has been waged against a 30-meter stele. The monument (in spite of the fact that it was recognized as an emergency one) “rendered” to the employees of the company “Promaltbud”, who acted under the supervision of neo-Nazis, truly heroic resistance. The builders beat the stele with a jackhammer, carefully cut the metal structures with the "grinder", but it did not give in for three days.


Previously, vandals have already tried to destroy the monument with their own efforts. But they could not do anything with him. Unless they spoiled the inscription “To the Victors over Nazism” and wrote with their slogans.

Unfortunately, this morning came newsthat they managed to tumble down the stele. This was written on Facebook by the deputy of the city council of Lviv Igor Zinkevich. Neo-Nazis can only be proud of such a dubious “achievement”, showing the entire depth of the abyss where Ukraine fell five years ago. People who remember history can be proud of even the fact that even the monuments to the fallen soldiers demonstrate unprecedented stamina.
Ctrl Enter
Noticed oshЫbku Highlight text and press. Ctrl + Enter
We are
How Russian military police serve in Syria
"Bandera Day" received an assessment of Russia
Reporterin Yandex News
Read Reporterin Google News
Ad
We are open to cooperation with authors in the news and analytical departments. A prerequisite is the ability to quickly analyze the text and check the facts, to write concisely and interestingly on political and economic topics. We offer flexible working hours and regular payments. Please send your responses with examples of work to [email protected]
Information
Dear reader, to leave comments on the publication, you must sign in.