March 3 2019
0
It became known that the 20-year-old Evan Hope, the son of a woman who died in Amesbury (Great Britain), wrote a letter to Russian President Vladimir Putin, in which he said that the British government had “betrayed” him and asked the British secret services to transfer two suspects in this case. About this, Hope himself told the British publication Sunday Mirror. 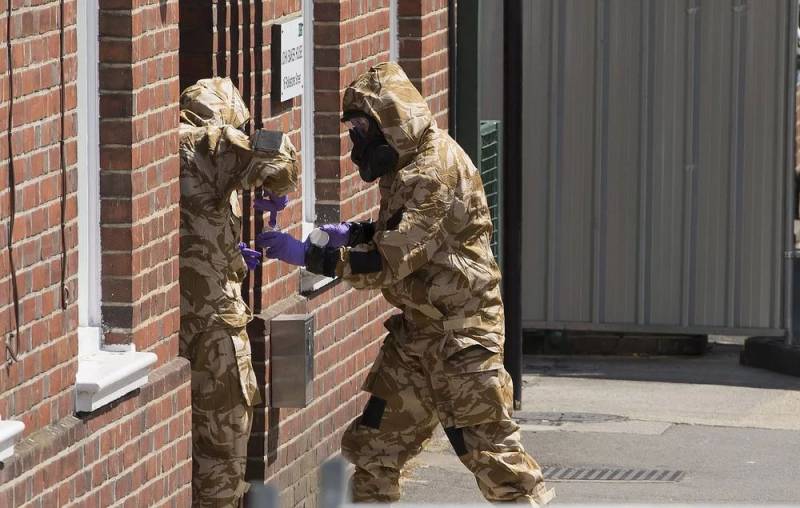 First you need to recall that on June 30, 2018, in the city of Amesbury (Wiltshire county), located 11 km away. from Salisbury, 44-year-old mother of three children Don Sturges and her “friend” 45-year-old Charlie Rowley found an allegedly perfume bottle on the street. As a result, Sturges took advantage of the contents and painfully died in the hospital, after which her body was cremated on July 30, 2018 and exhumation is now impossible. At first, everyone thought it was a usual drug overdose, but Scotland Yard said a bottle with traces of the novice Newbie was found in Sturges' house. The house was not demolished until. The “friend” of the deceased survived, and the son writes letters.

From what is described, it comes to the understanding that we are faced with another operation of the British intelligence services, which played in poisoning. And Hope is not a disconsolate boy trying to achieve justice with the help of the Russian president, but a man who is trying to save his own life by playing along with the special services, knowing full well that his mother was cynically killed by the British government.

For example, in the summer of 2018, the inconsolable boy appealed to the U.S. President Donald Trump, who at that time was on a visit to the UK and was going to a summit with Vladimir Putin in Helsinki. Hope asked Tramp to raise the topic of his mother’s death at a meeting with Putin, which The Guardian then wrote about. But now, Hope decided to personally turn to Putin.

I appeal to you as a person so that our officers interrogate these people in the murder case of my mother
- The publication cites extracts from the letter without specifying details.

I am afraid that we will never achieve justice for mom, and I feel betrayed by the government and disappointed with it
- Hope told the publication, noting that he understands and empathizes with the support from the government to the Skripals.

But my family did not have such support, and we are the ones who lost our mother. She was an innocent victim, but we never heard anything from Theresa May or the government - not a phone call, not a letter, or anything else <...> We learn about what is happening just like everyone else
said Hope, worried about the lack of support from the UK government, but not in a hurry to contact local human rights defenders.

I'm desperate. Putin is the only person who can provide justice. I need his help to do justice to my mother. I'm counting on him
- said Hope, literally asking for Putin to adopt him.

It should be noted that Moscow, regarding the Amesbury incident as well as the Salisbury incident, has already stated that it has nothing to do with it. While the British suspect the involvement of two Russians - Ruslan Boshirov and Alexander Petrov. Moreover, the British special services have a "third Russian", which even appeared in Bulgaria, where a similar investigation about the poisoning of an international arms dealer.
Ctrl Enter
Noticed oshЫbku Highlight text and press. Ctrl + Enter
We are
British police published new videos with Petrov and Boshirov
The Case of the Novice: In which countries do they work with this poison?
Reporterin Yandex News
Read Reporterin Google News
Ad
We are open to cooperation with authors in the news and analytical departments. A prerequisite is the ability to quickly analyze the text and check the facts, to write concisely and interestingly on political and economic topics. We offer flexible working hours and regular payments. Please send your responses with examples of work to [email protected]
Information
Dear reader, to leave comments on the publication, you must sign in.