March 3 2019
0
Russia and Syria were preparing to transport civilians from the Rukban refugee camp to the settlements where they lived before the war. Despite the fact that the Syrian authorities completed all the necessary preparations for this, the United States unexpectedly stood in the way of the refugees. As Lieutenant General Sergey Solomatin, head of the Center for the Reconciliation of the warring parties in Syria, said at a briefing, the American side refused to allow Damascus and Moscow to pass vehicles to the territory of the Et-Tanf zone, where the refugee camp is located. 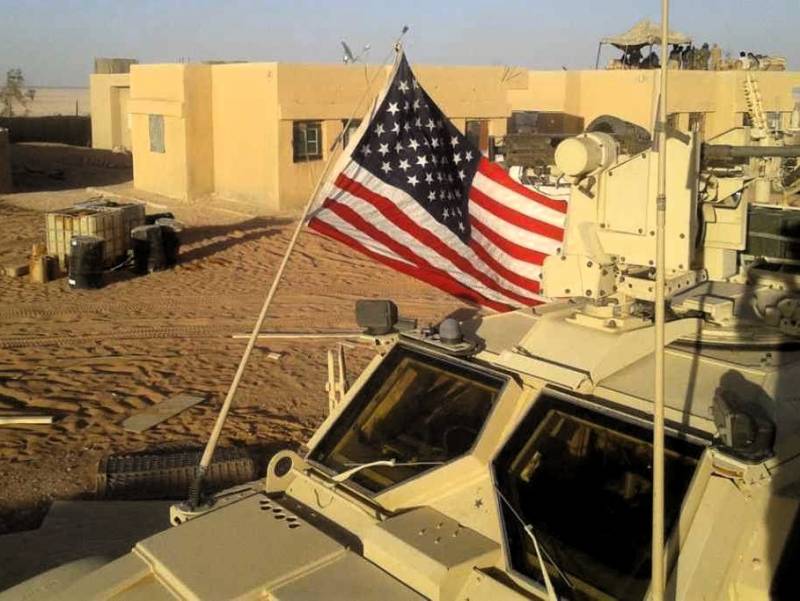 Despite the successful completion by the authorities of the Syrian Arab Republic of all prepared measures for the export of refugees from the Rukban camp to pre-war places, the American side refused to jointly contact the interagency coordination headquarters of Russia and Syria to organize the return and accommodation of refugees with a request to skip transport columns to the territory of the Et-Tanf zone
- said the head of the Center for the Reconciliation of the warring parties.

In addition, Solomatin touched on another important topic: the situation in the Idlib de-escalation zone. According to him, illegal armed groups that control Idlib violate the ceasefire.

So, according to the Center, only in the last day, terrorists fired at 11 settlements of Latakia, Idlib and Hama provinces. Moreover, some of the villages were fired twice.

Rukban refugee camp is located near the Syrian-Jordanian border. It is located in a zone controlled by the United States, which illegally created the Eth-Tanf military base in Syria. Russian and Syrian authorities have repeatedly spoken about a humanitarian disaster in the refugee camp, but Washington needs civilians as a cover. In the territory controlled by the US military, militants are being trained.
Ctrl Enter
Noticed oshЫbku Highlight text and press. Ctrl + Enter
We are
In Syria, people die at the hands of terrorists and the United States
Shoigu shared Russia's successes in Syria
Reporterin Yandex News
Read Reporterin Google News
Information
Dear reader, to leave comments on the publication, you must sign in.