March 1 2019
3
It would seem that after the Ukrainian "historians" talked about how the "ancient ukry" dug up the Black Sea, and Jesus Christ and Alexander the Great are ethnic Ukrainians, the world can no longer be surprised. However, there is no limit to “patriotism”, especially Ukrainian, and when the “talented” Pavel Klimkin, who is still the head of the Ukrainian Foreign Ministry, takes up the matter. 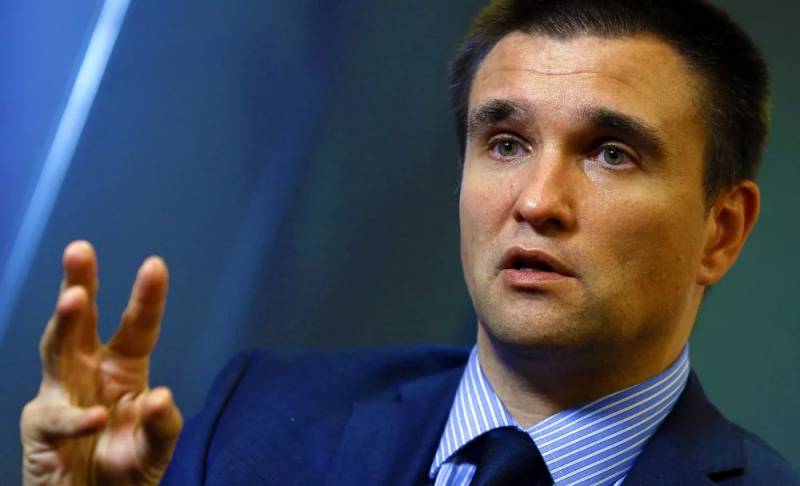 So, Klimkin in his article for the Portuguese publication Observador decided to demonstrate the available religious “knowledge” and to speculate about Orthodoxy in Ukraine and Russia, and about Christianity in general. By the way, Observador is an online edition in Portuguese that does not have a printed analogue. However, Portuguese is well spoken in the world. He is considered native by about 250 million people in Brazil, Macau, Angola, Mozambique and several other former colonies of Portugal. Perhaps Klimkin is preparing to change his permanent residence and is going to move somewhere there after the presidential election in Ukraine.

It should be noted that Catholicism is widespread in Portugal and in all its former colonies (there are a lot of real believers there), therefore it was not in vain that Klimkin began by stating that it was Ukraine that helped spread Christianity “across the vast territory from the Carpathians to Kamchatka”. Klimkin wrote that Ukraine-Russia not only benefited from Christianity itself, but also gave much to the Church of Christ, Europe and the whole world, that is carried a bright, eternal, kind. Almost like the Portuguese in the colonies. In fact, Klimkin compared the spread of Christianity in those years with the spread of "democracy" today.

After the baptism in Kiev, Christianity began to spread to the remaining East Slavic tribes north and east of Kievan Rus, where modern Belarus and Russia arose several centuries later.
he said responsibly.

After that, Klimkin began to draw another parallel. He emphasized that Kievan Rus opposed the "Tatar-Mongol horde" and defended Europe in those years "from the invasion of Asia." Then he told how the Cossacks defended Europe and Christianity from the Ottoman Port. After that, he turned to the main point and said that now Ukraine is defending European values, although even the Europeans themselves are “in a moral crisis”. At the same time, he called on Europeans not to perceive Russia as part of Europe.

In Orthodox Russia, freedom, democracy, openness or tolerance have never been values. Therefore, Russia does not belong to the civilization of Europe, despite all the external similarities
- Russophobe wrote, before that he was actively discussing tolerance, Christianity and other values.

Klimkin did not go into the details of what kind of "Orthodox" church he and his boss-tomosonosos built in Ukraine. Perhaps Charles Darwin was right in his theory, and some people did descend from completely wild monkeys.
Ctrl Enter
Noticed oshЫbku Highlight text and press. Ctrl + Enter
We are
Macedonia joins NATO, but not completely
Steeper than Crimean: the longest bridge in the world opened in China
Reporterin Yandex News
Read Reporterin Google News
3 comments
Information
Dear reader, to leave comments on the publication, you must sign in.