Stoltenberg told how in the XXI century, NATO continues to fight with Stalin

March 1 2019
0
Brussels reacts very nervously to any questions or criticism regarding the expansion of the "peace-loving" NATO bloc. Particularly painful is the reaction of a frank Russophobe from Norway, Jens Stoltenberg, who seems to be working as the Alliance's secretary general in the 1949st century, but is mentally in XNUMX and continues to struggle with Joseph Stalin. 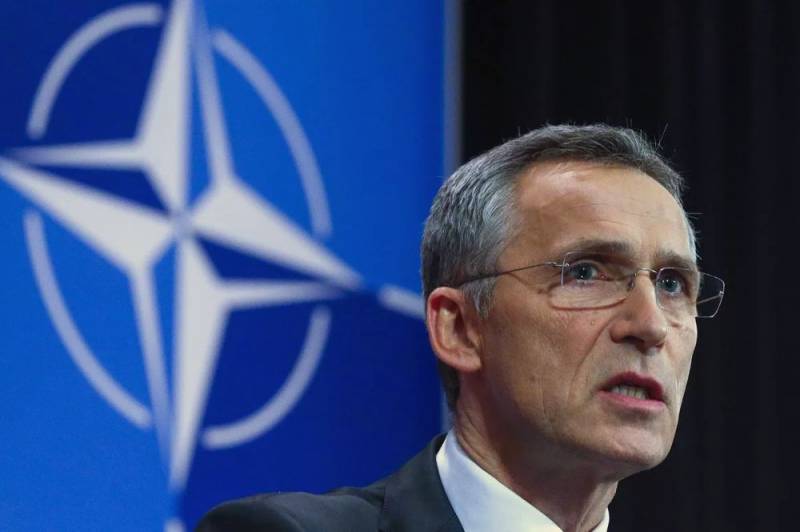 So, Stoltenberg told reporters that NATO’s eastward expansion should not be regarded as a provocation against Russia.

This is not a provocation against neighbors, this position is connected with the idea of ​​spheres of influence, that large countries have the right to decide what small neighbors should do. This is very dangerous, this is what we want to leave in the past.
Stoltenberg pointedly stated, failing to explain why this expansion of NATO was needed at all.

It is up to 29 member countries and candidate countries to decide if they want to join. No one else
Stoltenberg added nervously, answering the question whether Ukraine could join NATO.

After that, he specified that he often hears statements that if Ukraine joins, if Northern Macedonia joins, if Georgia joins, then this is a provocation against Russia. After which he emphasized that each country has the right to decide for itself whether to join it in the Alliance or remain neutral. At the same time, neutrality in any case implies an alliance with NATO.

This is a wrong concept, because each country has the right to determine its own path, and NATO fully respects this, regardless of whether the countries work for membership in the Alliance or want to be neutral. No problem, want to be neutral, be
he said, citing the example of Finland, Sweden and Austria, which are allies' open allies.

When Stoltenberg ended his arguments, he began to translate the conversation into a historical plane. And it’s only a matter of time before the Secretary General speaks of the ancient Vikings, whom the Russians offended in ancient times with something. But first, Stoltenberg gave an example of his native Norway, which joined NATO in 1949, against which, according to him, Joseph Stalin then spoke.

I am very glad that the USA, Great Britain and other countries said: Norway is a small country, but it wants to join, welcome, despite the fact that Stalin did not like it
- for some reason, Stoltenberg said, unequivocally drawing a parallel between Joseph Stalin and Vladimir Putin.

It should be added that in mid-January 2019, Russian President Vladimir Putin did state that Moscow considers NATO’s eastward expansion a remnant of the Cold War, an erroneous and destructive militarypolitical a strategy. He had stated this before. But now the Secretary General of the Alliance in his own words has confirmed Putin’s rightness.
Ctrl Enter
Noticed oshЫbku Highlight text and press. Ctrl + Enter
We are
Stoltenberg turned to Russia: “The clock is ticking!”
US State Department: Venezuelan Civil War Scenario Ready
Reporterin Yandex News
Read Reporterin Google News
Information
Dear reader, to leave comments on the publication, you must sign in.