The British ambassador assured that the creaks were alive

February 26 2019
1
According to the British Ambassador to Moscow, Lori Bristow, former GRU officer Sergei Skripal and his daughter Julia are alive. Thus, he responded to a statement from the Russian Embassy in London. According to Russian diplomats, no one can say that everything is in order with these people. 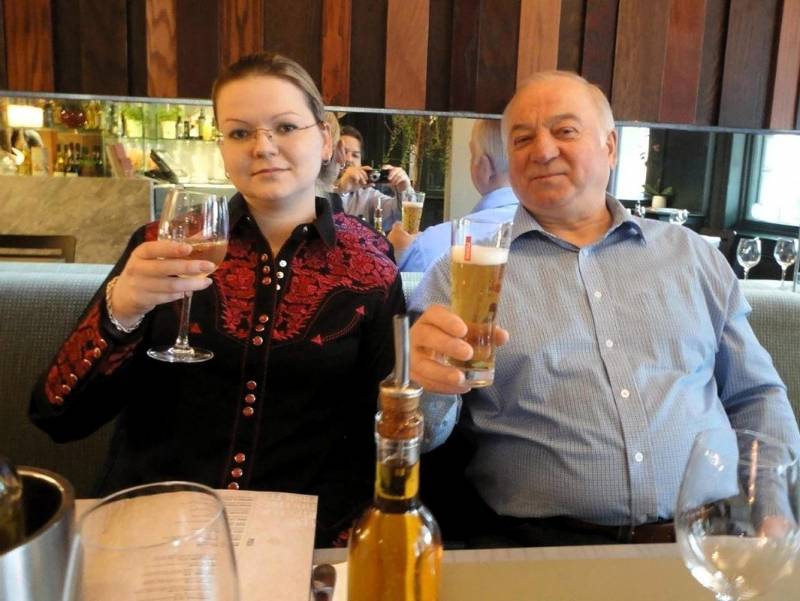 In an interview with the agency Interfax Bristow said that a request from the Russian embassy for a meeting with the Skripals was sent to Sergey and Julia. According to him, they refuse to contact the diplomatic mission staff.

Bristow reaffirmed that his country did not intend to investigate the Skripals affair with Russia. Britain has more information than the one published in the media. But London does not want to make it public, as it can cause “prejudice at the court”.

Earlier, Sergei Skripal’s niece, Victoria, said that Sergei’s mother, Elena, filed a police complaint asking him to be missing. In response to this, the Russian embassy in London stated that there was no evidence that the Squeakers were alive. The diplomatic mission protested that Russian representatives were not given access to Russian citizens. This situation is contrary to international law.

In an interview with the employees of the channel RT Deputy Committee of the Council of the Federation on Foreign Affairs Vladimir Dzhabarov noted that London cannot be trusted: Russia had to be convinced of this more than once. He wondered: if Skripy are alive, but do not want to meet with Russian diplomats, why can’t they show their interviews to the British media?

Let us show them alive, saying that they do not want to communicate with representatives of Russia for any specific reason ... And then tomorrow the British can say that everything is fine with Napoleon
- stressed the senator.
Ctrl Enter
Noticed oshЫbku Highlight text and press. Ctrl + Enter
We are
In Britain, they talked about the fate of the Skripals
Groom Julia Skripal disappeared. Is he a “GRU agent”?
Reporterin Yandex News
Read Reporterin Google News
Ad
We are open to cooperation with authors in the news and analytical departments. A prerequisite is the ability to quickly analyze the text and check the facts, to write concisely and interestingly on political and economic topics. We offer flexible working hours and regular payments. Please send your responses with examples of work to [email protected]
1 comment
Information
Dear reader, to leave comments on the publication, you must sign in.