A lesson for Russia: why did the largest airliner A380 “die”?

February 23 2019
12
The Europeans did not dare for a long time, but now they firmly say the Airbus A380 “for now.” Its production will be completed in 2021: the official decision is not subject to appeal. For the entire time of production, which began in 2005, only a little more than 230 aircraft were built. The Europeans did not hide their plans: they wanted to sell 1200 of these machines, making the plane a cult. Did not work out. 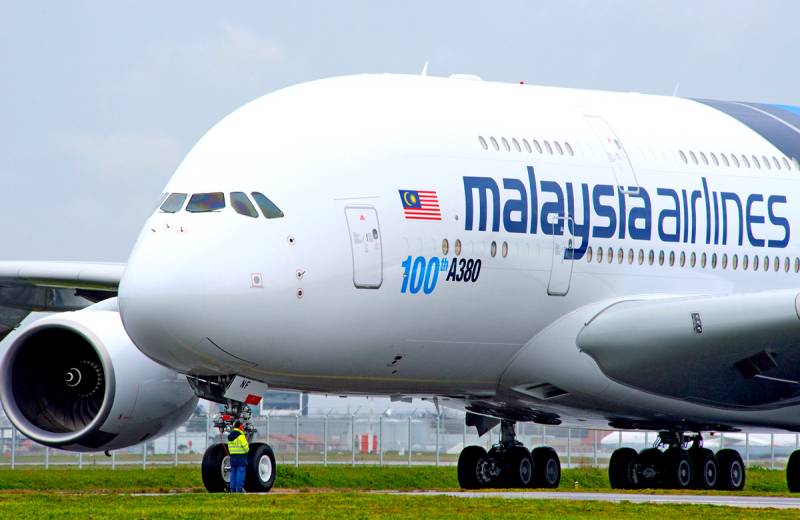 Considering how much Airbus specialists were tormented by promoting the aircraft on the market and eliminating various shortcomings, the project can be called a failure. However, a failure on a purely commercial side, because ordinary passengers are quite happy with the plane. Fortunately, no serious incidents involving him took place either. Serious plus.

The mere fact of the development and serial production of a giant wide-body double-decker can be considered an achievement for European countries. Firstly, it has already gone down in history as the largest passenger aircraft of all time. The “old man” of the Boeing 747 had to squeeze out of a settled position: the A380 has a length of 73 meters, which can be compared with the length of a football field. In height, it is approximately like an eight-story house. However, all these analogies fade when you find out how many people are capable of transporting the “colossus”. In a single-class configuration, 853 passengers can fit. For comparison, the 747-400ER in a single-class version accommodates 624 people.

Secondly (and this is perhaps more important), the creation of the A380 showed that different countries in Europe could put aside political contradictions and collaborate for a common goal. We won’t go into all the details, but it’s worth saying that the components of the A380 are taken to the assembly place on land, river and sea transport. Especially for the establishment of aircraft production, roads were expanded, new canals were built. First, the nose and tail components of the liner fuselage are loaded in Hamburg on the Ville de Bordeaux, which then leaves for the UK and France, collecting various aircraft parts along the way. Finally, all this is transported back to Hamburg, where the winged cars are equipped with everything necessary and painted. 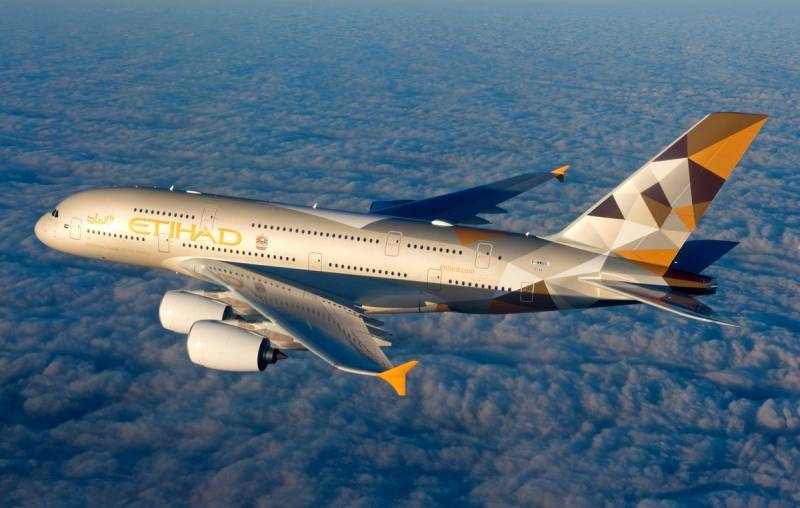 All sorts of failures, as we have said, pursued the creators of the aircraft from the very beginning. Basically, technical Europe’s challenges are not surprising. But, alas, even from the start of production, it became clear that the laurels of the Boeing 747, which was produced by a gigantic series of 1500 cars, are not threatened by the Airbus brainchild. The modest orders were to be diluted with titanium Emirates Airline, who planned to order 162 aircraft. For comparison, the remaining orders for the A380 generally do not exceed several dozen cars. If not for the United Arab Emirates, the project would have expected a complete collapse from the very beginning. But he seems to have caught up with him.

Emirates Airline ultimately reduced the order from 162 to 123 aircraft. “As a result of this decision, we were left without a significant order for the A380 and therefore have no reason to continue production, despite all our efforts to sell aircraft to other airlines in recent years. This leads to the cessation of supply of the A380 in 2021, ”said Airbus CEO Tom Enders.

Europeans are not discouraged: this is far from the end for Airbus and not even a serious problem. The fact is that the A380 project was the flagship for the company only formally. In fact, in recent years we could only talk about the status area: the company associates its main hopes with the new Airbus A320neo and A350 aircraft. By April 2015, Airbus had received orders for 812 A350 XWB aircraft from 39 different customers around the world. And over the past twelve years, the company received 11830 orders in total, and delivered 6456 aircraft of various models. Roughly speaking, as much as its main and only real competitor in the person of Boeing. 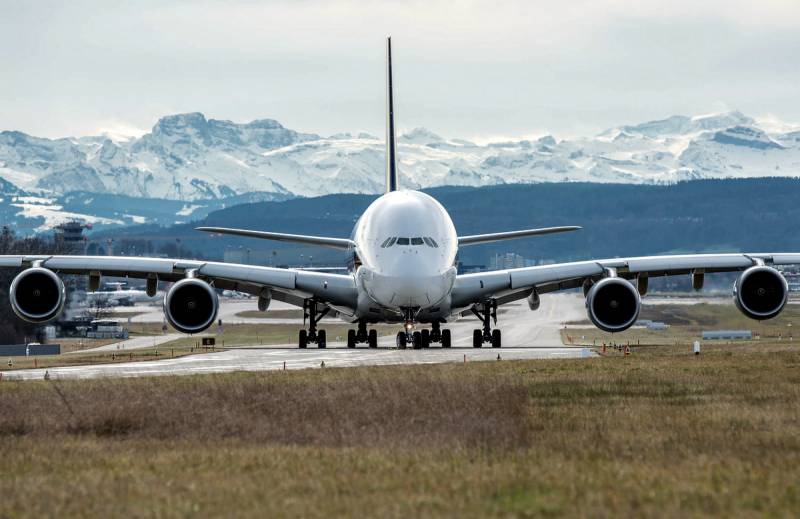 At the same time, Airbus cannot be blamed for serious miscalculations in the promotion of the A380. The plane just appeared at a time when the main trend was the reduction in operating costs in all possible ways. Born 380th with the Boeing 747, he would probably expect success.

However, profitability in itself is only the tip of the iceberg, which is clearly visible to everyone and everyone. But how to achieve it is another question. It seems that modern experts have identified the main vector, which the A380 could no longer fit into. The fact is that modern engines allow you to create comfortable and reliable wide-body long-haul aircraft, even in twin-engine configurations. So, not only the A380, but also the smaller four-engine aircraft run the risk of finally becoming history.

“This is the reason that put an end to the A340 program, seriously reduced the markets for the A380 and for the Boeing 747. As one representative of the airline business stated,“ the four engines are no longer fashionable, so many are no longer wearing. ” This, of course, is a joke in terms of presentation, but the fact remains - today economy unconditionally on the side of twin-engine cars, ”commented Oleg Panteleev, executive director of the AviaPort industry agency, to Gazeta.ru.

A similar point of view is shared by another expert, the chief editor of the Avia.ru portal, Roman Gusarov.

Extra-large aircraft, such as the A380, Boeing 747, have a very limited market, as they become saturated, they disappear
- he noted.

Perhaps it’s not worth making additional conclusions regarding the A380: everything is clear and so. On the other hand, the reaction of Russian aircraft manufacturers to European problems is completely unclear: we recall that Russia recently gathered to revive the design of the four-engine passenger IL-96, developed in the Soviet Union. And these are not just plans: they want to begin flight tests of the deeply modernized IL-96-400M airliner already in 2020. Then launch in a series should follow. 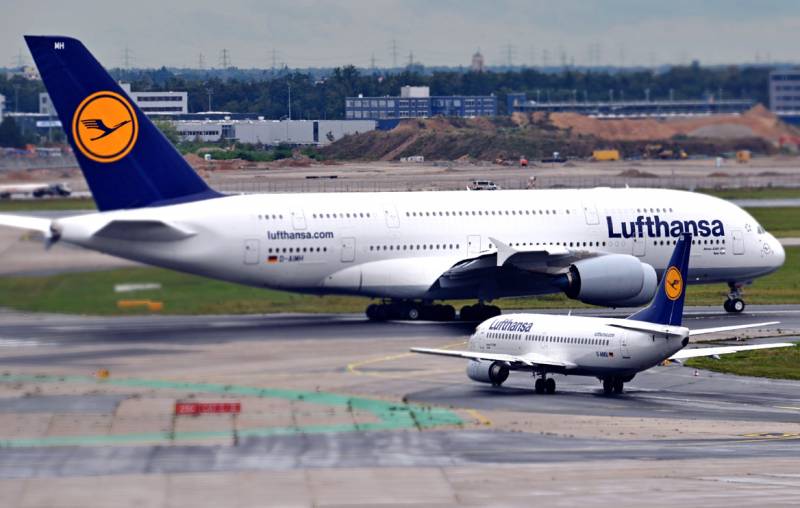 It is also noteworthy that even in the Soviet years this car did not gain much popularity: a miniature batch of 30 winged cars saw the light of the market standards. It is hard to say what aircraft manufacturers expect in the modern world.

Be that as it may, the project of the Russian-Chinese wide-body CR929 aircraft, which is a completely new development, designed taking into account modern realities and market requirements, seems to be a much more reasonable investment. In general, the fact of cooperation itself seems to be the right decision, since it is an expensive pleasure to afford independent aviation projects of this level even for relatively rich countries. Just one example: now not a single EU country will physically pull out the development, production and promotion of a large airliner on foreign markets. Although there is experience, and finances, and, probably, the potential political interest of some circles.
Ctrl Enter
Noticed oshЫbku Highlight text and press. Ctrl + Enter
We are
Long and very expensive. Ruslan vs IL-106
MS-21 airliner: there are risks, there is no plane
Reporterin Yandex News
Read Reporterin Google News
Ad
We are open to cooperation with authors in the news and analytical departments. A prerequisite is the ability to quickly analyze the text and check the facts, to write concisely and interestingly on political and economic topics. We offer flexible working hours and regular payments. Please send your responses with examples of work to [email protected]
12 comments
Information
Dear reader, to leave comments on the publication, you must sign in.