Found a way to reliably provide Crimea with water

February 21 2019
9
Crimea, to one degree or another, has been experiencing difficulties with water supply since 2014, when the Ukrainian authorities blocked the North Crimean Canal, through which water flowed from the Dnieper to the peninsula. Moreover, the most difficult situation is observed in the northern and eastern regions of Crimea. 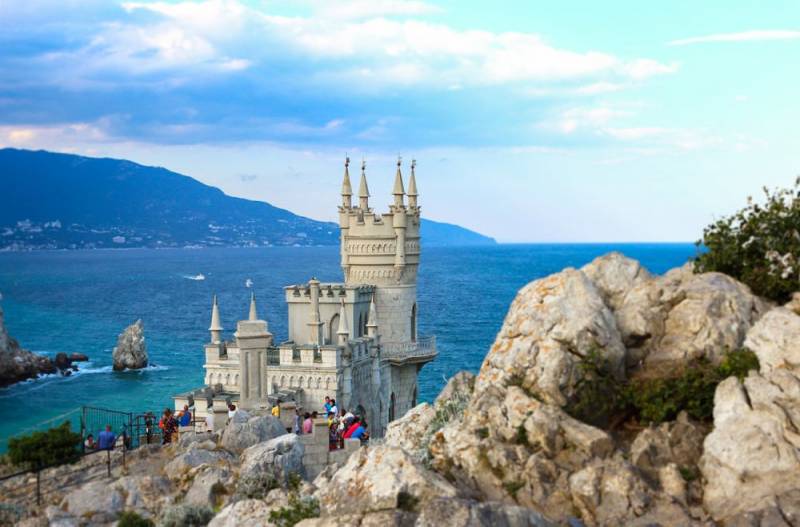 In this regard, Crimean scientists from the Crimean Scientific Research Institute of Agriculture (NIISHK) proposed a way out of a difficult situation. They believe that Russia has equipment that can help detect water and other useful resources at decent depths and possibly in large quantities. We are talking about depths up to a thousand or more meters. About this at a press conference in Simferopol, the director of NIISHK, Vladimir Pashtetskiy, spoke in detail.

According to Pashtetskiy, the time has come to scan the whole Crimea not at 200-300 meters of depth, but at 1000 meters or more. Water search at such a depth is possible by space, air and ground reconnaissance methods.

He spoke about the successful experiment, which was carried out seven years ago in the Bakhchisarai district (i.e., even under Ukraine). Then, experts drilled three wells up to 1000 meters deep. As a result, water was found in volumes sufficient to fully support the three villages. And there are about a dozen such wells on the peninsula.

Based on this, we have prepared a serious project and program, within the framework of which, together with the Sevastopol State University, we are going to conduct another study. Today it’s time to “scan” Crimea with new methods and new equipment to find the water that can be enough for drinking in Crimea
- said Pashtetskiy.

Pashtetskiy added that this technology it has already been submitted to the government (without specifying Russia or the Crimea) and there is an active discussion of financing research and development work to identify areas with "deep waters" for drilling test wells throughout Crimea.

The scientist does not hide that prospecting will require certain financial investments. However, the found volumes of water will be able to recoup any costs, and most importantly - forever or for a very significant time, save the inhabitants of the peninsula from water scarcity.

And it is difficult to disagree with the director of NIISHK, especially if such volumes of water are found that will help people not just “get drunk”, but also prove to be at least a little useful for agriculture. Although it will be more difficult, because the water is full of various minerals and other substances that are not always useful.

In any case, the search for water in the Crimea will be slightly more expensive than similar ones. research on the moon, for which money was apparently found.
Ctrl Enter
Noticed oshЫbku Highlight text and press. Ctrl + Enter
We are
US State Department: Venezuelan Civil War Scenario Ready
In Moscow, they told which "otvetka" will follow the actions of Kiev
Reporterin Yandex News
Read Reporterin Google News
Ad
We are open to cooperation with authors in the news and analytical departments. A prerequisite is the ability to quickly analyze the text and check the facts, to write concisely and interestingly on political and economic topics. We offer flexible working hours and regular payments. Please send your responses with examples of work to [email protected]
9 comments
Information
Dear reader, to leave comments on the publication, you must sign in.