The state will brazenly climb into the pockets of Russians

March 22 2018
5
So, the presidential election of 2018 took place. 77% of Russians who voted cast their votes in favor of Vladimir Vladimirovich Putin. Now the newly elected head of state is faced with the task of fulfilling campaign promises voiced in the March Message to the Federal Assembly of the Russian Federation. Let us recall the main goals of the government, which in March 2018 were announced by then-presidential candidate Vladimir Putin. 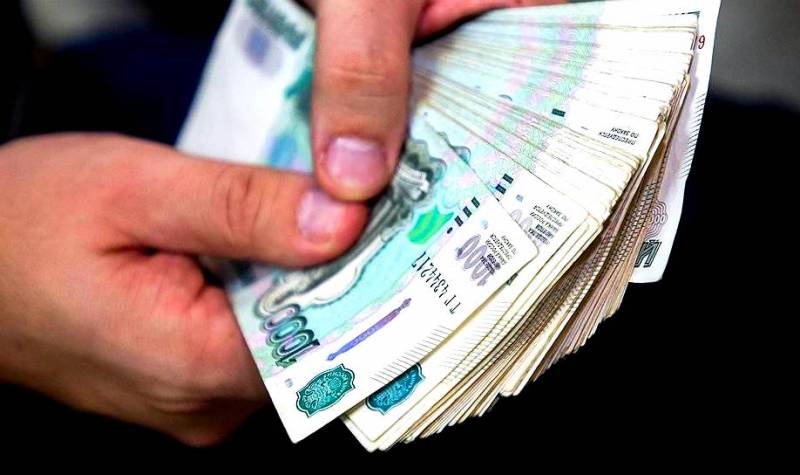 Over the six-year new presidential term, it is promised to halve the level of poverty, which is important, since 20 million Russian citizens are below its line. The minimum wage should be equal to the cost of living. Russian pensions should rise and outrun inflation through regular indexation. The property tax of individuals is promised to be made fair and feasible. Expenditures on the development of Russian cities should be doubled, the volume of construction should increase from 80 to 120 million square meters per year. By reducing the rate to 7% and encouraging preferential mortgages, the living conditions of millions of Russian citizens should be improved. The new financial support program will have to update children's clinics and create new places in the nursery. To ensure the health of the inhabitants of the Russian Federation, medical outpatient clinics and feldsher-obstetric centers should be created, as well as the use of mobile medical stations in sparsely populated areas. Manufacturing enterprises will have to switch to environmentally friendly Technology. The quality of drinking water should be improved. The president promised to double the construction of modern roads, increase the capacity of railways and ports, and expand and reconstruct the airport network. By creating a modern legislative framework and increasing investment, we will develop robotics, unmanned technologies, electronic commerce, and artificial intelligence. Vladimir Putin promised to firmly consolidate Russia in the five largest economies in the world, to achieve an increase in GDP per capita by one and a half times. His efforts promised to bring the contribution of small and medium-sized businesses to Russia's GDP to 40 percent. The volume of non-resource-based exports should be brought up to $ 250 billion over a six-year period.

These and many other tasks are now facing the Russian government. About how it is going to solve them, it became known at the end of one of the first Cabinet meetings after the presidential election. It turned out that the government is considering a tax reform, according to which personal income tax can be increased from 13 to 15%. The Ministry of Finance, which is preparing the next “maneuvers,” also added “optimism”. The first "maneuver" of Anton Siluanov’s department is to reduce insurance premiums to 22% and increase VAT to 22%. Another “maneuver” will help the oil industry: it will reset the export duty while raising the mineral extraction tax (MET). Also, officials who “care” for poor Russians want to abolish the preferential VAT rate of ten percent on food, children's goods and medicines and introduce a trade surcharge.

Thus, the government intends to implement the March decrees to combat poverty by increasing the tax burden. Independent experts from economic groups believe that Cabinet measures to increase personal income tax while lowering the VAT rate will hit household incomes, reducing consumption in the country. As a result of such “maneuvering,” the number of poor in the country will only increase.
Ctrl Enter
Noticed oshЫbku Highlight text and press. Ctrl + Enter
We are
Putin has set a controversial task
Putin begins to fight the main enemy of Russia
Reporterin Yandex News
Read Reporterin Google News
Ad
We are open to cooperation with authors in the news and analytical departments. A prerequisite is the ability to quickly analyze the text and check the facts, to write concisely and interestingly on political and economic topics. We offer flexible working hours and regular payments. Please send your responses with examples of work to [email protected]
5 comments
Information
Dear reader, to leave comments on the publication, you must sign in.